Drug-Industry Group Starts Ad Campaign to Push Back on Pricing 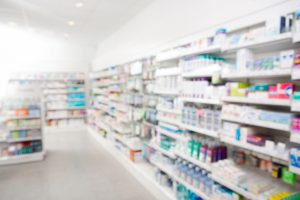 A top pharmaceutical lobbying group is launching an ad campaign to defend drugmakers that have been under fire for their pricing practices.

“We’re under pressure and scrutiny like never before,” said Jim Greenwood, chief executive officer of the Biotechnology Innovation Organization. The campaign, called “Innovation Saves,” says new drugs can save both lives and costs to the health-care system. BIO is spending “low- to mid-seven digits” on the ads, according Greenwood, or about $1 million to $5 million.

BIO is trying to reshape perceptions after a year of finger-pointing among insurers, drugmakers and health-care providers about why the medical system is so expensive in the U.S. In the past two weeks, Mylan NV has been lambasted by members of Congress for repeatedly increasing the price of its EpiPen allergy shot. On Sept. 2, Democratic presidential candidate Hillary Clinton released a set of proposals to crack down on “unjustified” increases on prices for older treatments.

The biotech group’s ads are shot in a sentimental style and feature patients who have been helped by new drugs.

“What Bill Remak knows about breakthrough viral inhibitor technology is that it saved him from needing a third liver transplant,” one ad says, referring to the new hepatitis C treatments developed by Gilead Sciences Inc., AbbVie Inc. and others that have been criticized as too costly.

“We want to make the point that these drugs, whether they’re expensive or not, do save lives,” Greenwood said.

Drugmakers have come under increased pressure after executives of Valeant Pharmaceuticals International Inc. and former CEO Martin Shkreli of Turing Pharmaceuticals AG were called to testify before Congress in February for sharply raising prices on older treatments.

Greenwood sought to distance his organization from the accused drugmakers.

“When we saw what Turing did, we immediately disinvited them from their BIO membership,” he said. “We look at Valeant and say, buying companies and destroying R&D is not what we’re about. Mylan is a generic company, it isn’t a member of BIO.”

The Pharmaceutical Research and Manufacturers of America lobbying group also has stepped up its defense of the industry with a “Costs in Context” initiative, which includes blog posts, infographics and videos saying the “profound value” brought to patients by new medications is being overlooked because of a few bad actors. PhRMA spent more than $18 million on lobbying in 2015, the first time it has increased spending since 2009.

Pfizer Inc., the biggest U.S. drugmaker, also has started running an ad, “Before It Became a Medicine,” that follows the process of drug development, seeking to show why funding is required to create new medications.

BIO’s Greenwood says he worries that if lawmakers impose price controls, “it’ll drive investment away from biotech companies and our amazing capacity to go after Alzheimer’s, diabetes and hundreds of diseases will be destroyed.”

He also slammed insurers and pharmacy benefit managers, saying that insurers are hurting consumers with rising deductibles and copays, while benefit managers such as Express Scripts Holding Co. and CVS Health Corp. are “making money hand over foot” by taking a cut of the drug cost.

BIO has set up a website for the ad campaign that highlights data supporting its arguments. Medicare’s prescription drug coverage “has resulted in annual hospitalization savings of an estimated $1.5 billion per year,” it says. The site doesn’t mention that the savings are just 2.2 percent of the $67.7 billion spent by Medicare.