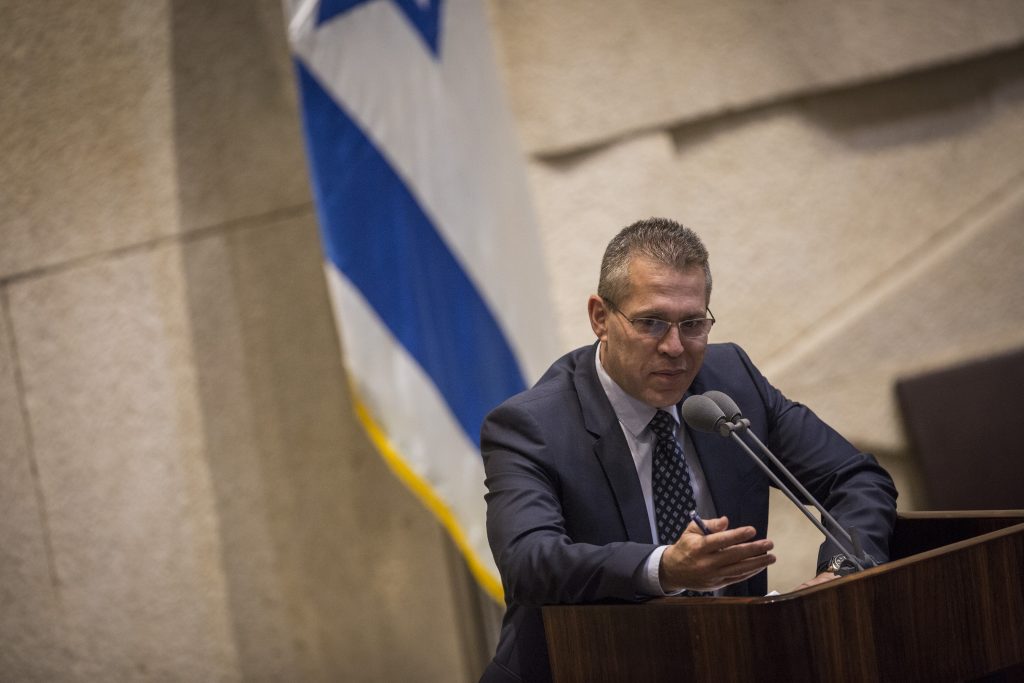 Public Security and Strategic Affairs Minister Gilad Erdan flew to London on Sunday to carry the fight against the boycotts of Israel to the world center of BDS activity, The Jerusalem Post reported on Sunday.

“Great Britain is the world center of the anti-Israel BDS campaign,” Erdan said. “I’m going there to battle the boycott and delegitimization in every arena, and to discuss with members of the British government – which is also committed to fighting boycotts – ways to strengthen our cooperation against the anti-Semitic boycott campaign.”

Erdan was set to meet with a number of British officials whose departments are involved in the same struggle, including Sajid Javid, minister for communities and British municipalities which boycott Israel; Jo Johnson, minister for universities and science, to for consultation on anti-Israel activity on British campuses; Ben Wallace, minister of state for security at the Home Office; Baroness Joanna Shields, minister for Internet safety and security; and Scotland Yard’s Counter Terrorism Internet Unit.
The minister will also sit with Jewish community leaders and will address the Union of Jewish Students.