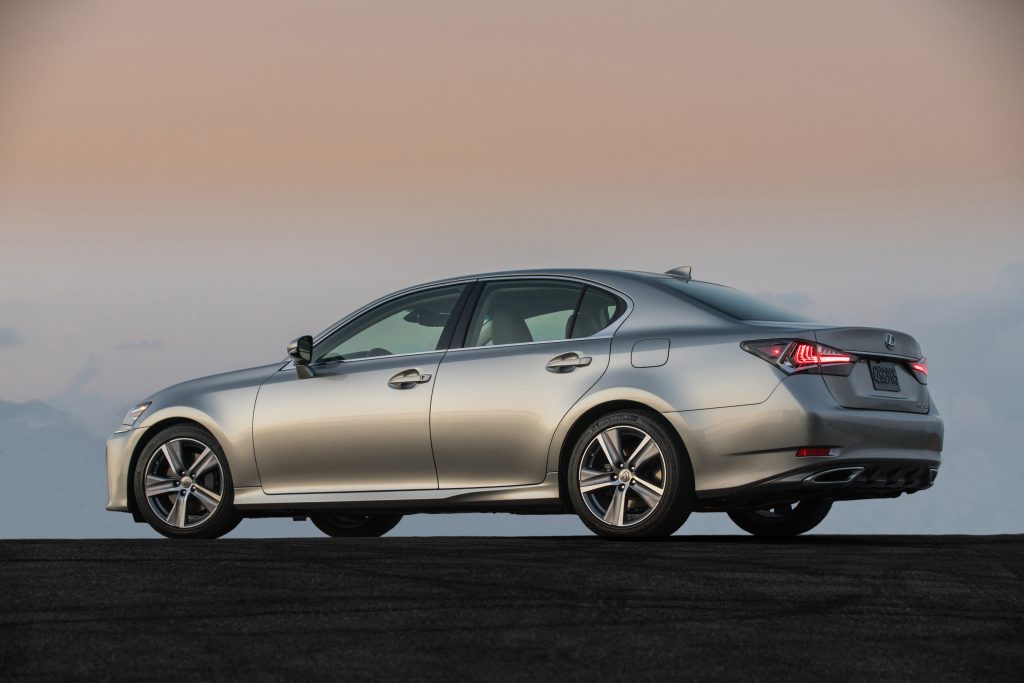 We live in an era in which many automobile parts come from the same suppliers, leaving us with loads of innately alike vehicles. Excessive government regulations further dictate a certain level of sameness.

So it’s little surprise that automakers have a newfound affinity for design.

Design is a great differentiator, a masker of mechanical similarities.

But even in this area, automakers have been forced by fuel economy requirements to bow at the altar of aerodynamics, resulting in a resemblance in body shape across competitive automakers and their brands.

This, in turn, has led to design details that ensure you will not mistake one brand for another.

That’s why grilles, seemingly suffering from a glandular condition, have expanded faster than American waistlines. Lexus was certainly a pioneer in this regard, adopting a distinctive spindle grille that recalls the 1961 Plymouth and is meant to telegraph how exciting these cars are to drive.

But is it art or artifice?

I say art. Such intricate mechanical sculpture should be admired, even if it doesn’t necessarily appeal to everyone. The best art, after all, does cause controversy, and that’s certainly the case with this week’s test vehicle, the Lexus GS 200t F Sport.

Last redesigned for the 2013 model year, this midsize luxury sedan until now has come with a smooth-yet-potent V-6 or a more economical hybrid driveline, with rear-wheel or all-wheel drive.

This year, though, Lexus added the GS 200t, a rear-wheel drive model with a turbocharged four-cylinder that delivers 70 fewer horsepower than the V-6. This brings the GS into line with competitors such as the BMW 5 Series and Mercedes-Benz E-Class and allows the base-level GS 200t to wear Environmental Protection Agency numbers once reserved for compact cars: It gets 22 mpg in the city and 33 mpg on the highway. Opting for the sportier GS 200t F Sport reduces those ratings to 21 mpg and 30 mpg respectively. Both options are significantly more fuel-efficient than the 19 mpg city and 28 mpg highway delivered by the GS 350 F Sport.

But does the four-cylinder’s logic trump the desire of a lusty, powerful V-6?

The difference in fuel consumption averages $104 a month, or $26 a week, according to the federal government, but the price paid is performance. With six cylinders under the hood, the GS races from zero to 60 mph in 5.7 seconds. Subtracting two cylinders extends that to 7.2 seconds.

Again, how much is 1.5 seconds worth? Before you answer, let’s talk about how this car performs.

On paper, the four-cylinder’s responsiveness doesn’t look great, but in day-to-day driving, the engine feels potent enough — once the turbocharger spools up. Alas, this pronounced turbo lag, both disappointing and at times even scary, is the engine’s Achilles heel.

Pulling out from a side street, you can feel the earth turning until the turbo spools up and the car’s full power comes on stream. It can cause some tense moments.

On the other hand, keep the turbo engaged, and you’ll find this car a game, rewarding drive, just like other Lexus GS models.

Comfort doesn’t come at the expense of handling dynamics, with the car offering a reasonably athletic feel that doesn’t trade one for the other. Tackling twisty corners can be done rather easily in Sport mode, available in Lexus’ Adaptive Variable Suspension. If you’d rather cruise, Normal delivers the serenity you crave.

And while driving, you’ll realize that the GS still deftly balances the conflicting priorities of comfort and performance. And, by adding fuel economy, it now serves not just the EPA, but those seeking a lower price of entry. This is particularly true of the GS without the F Sport package, reducing the starting price to $45,615.

And while it mostly holds its own, the GS200t doesn’t do it with the effortless finesse buyers have come to expect from a Lexus. Fix the turbo lag, and Lexus will have a low-priced, high-value winner.