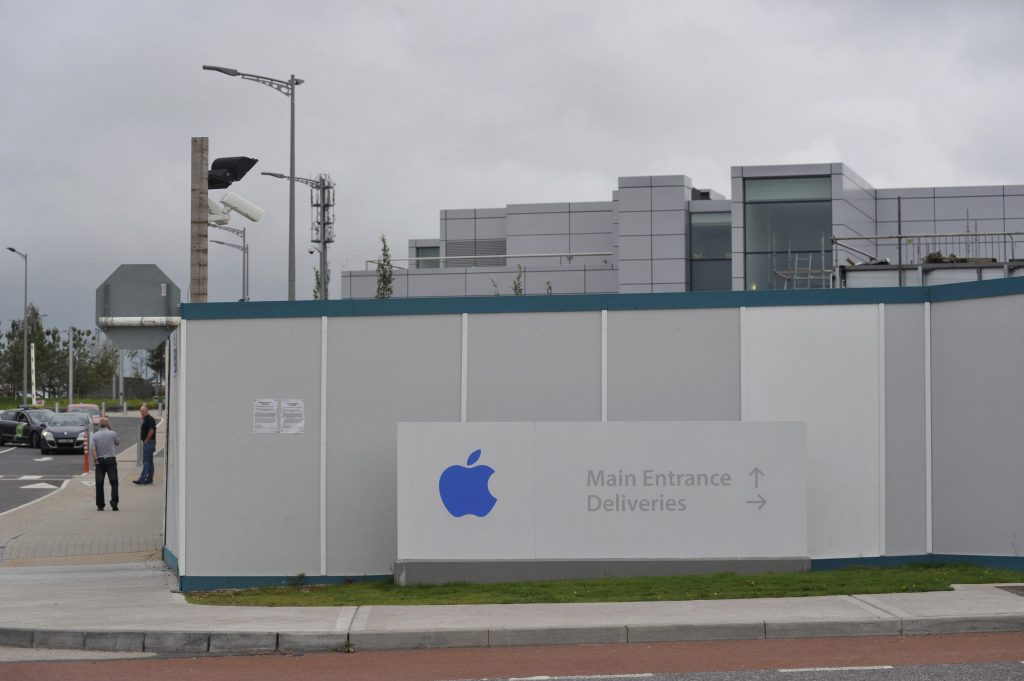 EU antitrust regulators ordered Apple on Tuesday to pay up to €13 billion ($14.5 billion) in taxes plus interest to the Irish government after ruling that a special scheme to route profits through Ireland was illegal state aid.

The massive sum, 40 times bigger than the previous known demand by the European Commission to a company in such a case, could be reduced, the EU executive said in a statement, if other countries sought more tax themselves from the U.S. tech giant.

Apple, which with Ireland said it will appeal the decision, paid tax rates on European profits on sales of its iPhone and other devices and services of between just 0.005 percent in 2014 and 1 percent in 2003, the Commission said.

“Ireland granted illegal tax benefits to Apple, which enabled it to pay substantially less tax than other businesses over many years,” said Competition Commission Margrethe Vestager, whose crackdown on mainly U.S. multinationals has angered Washington which accuses Brussels of protectionism.

Online retailer Amazon.com Inc and hamburger group McDonald’s Corp face probes over taxes in Luxembourg, while coffee chain Starbucks Corp has been ordered to pay up to €30 million ($33 million) to the Dutch state.

A bill of €300 million this year for Swedish engineer Atlas Copco AB to pay Belgian tax is the current known record. Other companies ordered to pay back taxes in Belgium, many of them European, have not disclosed figures.

For Apple, whose earnings of $18 billion last year were the biggest ever reported by a corporation, finding several billion dollars should not be an insurmountable problem. The €13 billion represents about 6 percent of the firm’s cash pile.

As of June, Apple reported it had cash, cash equivalents and marketable securities of $231.5 billion, of which 92.8 percent, or $214.9 billion, were held in foreign subsidiaries. It paid $2.67 billion in taxes during its latest quarter at an effective tax rate of 25.5 percent, leaving it with net income of $7.8 billion according to company filings.

The European Commission in 2014 accused Ireland of dodging international tax rules by lettingApple shelter profits worth tens of billions of dollars from tax collectors in return for maintaining jobs. Apple and Ireland rejected the accusation.

“I disagree profoundly with the Commission,” Irish Finance Minister Michael Noonan said in a statement. “The decision leaves me with no choice but to seek cabinet approval to appeal.

“This is necessary to defend the integrity of our tax system; to provide tax certainty to business; and to challenge the encroachment of EU state aid rules into the sovereign member state competence of taxation.”

Ireland also said the disputed tax system used in the Apple case no longer applied and that the decision had no effect on Ireland’s 12.5 percent corporate tax rate or on any other company with operations in the country.

Apple said in a statement it was confident of winning an appeal.

“The European Commission has launched an effort to rewrite Apple’s history in Europe, ignore Ireland’s tax laws and upend the international tax system in the process. The Commission’s case is not about how much Apple pays in taxes, it’s about which government collects the money. It will have a profound and harmful effect on investment and job creation in Europe.”

When it opened the Apple investigation in 2014, the Commission told the Irish government that tax rulings it agreed in 1991 and 2007 with the company amounted to state aid and might have broken EU laws.

The Commission said the rulings were “reverse engineered” to ensure Apple had a minimal Irish bill and that minutes of meetings between Apple representatives and Irish tax officials showed the company’s tax treatment had been “motivated by employment considerations.”

Apple employs 5,500, or about a quarter of its Europe-based staff, in the Irish city of Cork, where it is the largest private sector employer. It has said it paid Ireland’s 12.5 percent rate on all the income that it generates in the country.

Ireland’s low corporate tax rate has been a cornerstone of economic policy for 20 years, drawing investors from multinational companies whose staff account for almost one in 10 workers in Ireland.

Some opposition Irish lawmakers have urged Dublin to collect whatever tax the Commission orders it to. But the main opposition party Fianna Fail, whose support the minority administration relies on to pass laws, said it would support an appeal based on reassurances it had been given by the government.

The U.S. Treasury Department published a white paper last week that said the EU executive’s tax investigations departed from international taxation norms and would have an outsized impact on U.S. companies. The Commission said it treated all companies equally.