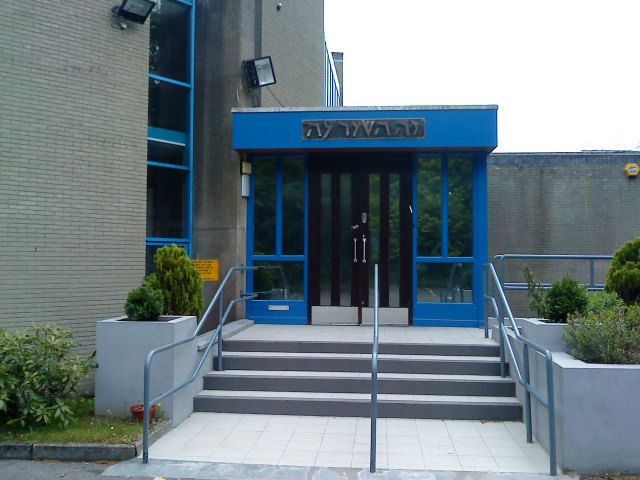 A group of young thugs vandalized graves in the old Jewish cemetery in Belfast, Northern Ireland, over the weekend, in what authorities are investigating as an anti-Semitic attack.

“I think this has been a very targeted and systematic attack on the Jewish graves,” Councilman Michael Long said in an interview posted on BBC. “I think it’s important that [the perpetrators] are apprehended, so that similar future incidents won’t happen. And I think it’s important that the city of Belfast, people all speak out to say that it’s not done in our name, that we are utterly opposed to this, and that it’s utterly unacceptable.”

According to British media reports, local government officials said the attack was carried out by eight youths, who smashed 13 graves with hammers, cheered on by a larger crowd of youths. The perpetrators destroyed and knocked over tombstones, and in some instances smashed the concrete that covers the coffins. No arrests have yet been made.

“The vandalism of Jewish graves in Belfast City Cemetery was wrong and I condemn it totally,” MP Paul Maskey, of Sinn Fein, said in a statement. “Visiting cemeteries can bring great comfort to grieving relatives and friends, and it would be very distressing for anyone to have the grave of a loved one desecrated in this way. All graves and graveyards should be treated with respect.”

The kehillah was informed of the desecration on Friday afternoon.

“We believe it was an anti-Semitic attack,” Michael Black, chairman of Belfast’s only shul, named the “Belfast Jewish Community,” told Hamodia on Sunday.

It is believed that the attack may have been perpetrated by a few fans of the local soccer team, called Celtic, Mr. Black told Hamodia. “Some supporters of that team support Palestinian causes,” said Mr. Black. “A few days ago, Celtic played a match against an Israeli team; that kicked off anti-Jewish feelings. Afterward, there were postings on the internet saying things like ‘Fly the flag for Palestine.’ ”

“This is the first time I can recall anti-Semitic vandalism of the cemetery,” Rabbi Avraham Citron told Hamodia. Rabbi Citron, former Rav of the Belfast shul, is currently Rav of a shul in London’s Stoke Newington neighborhood. He had been back in Belfast during the past couple of weeks serving as visiting Rav, because the kehillah’s Rav, Rabbi David Singer, had been out of town.

The cemetery used to be open for anyone to walk inside, visit and daven, but it has been closed off in recent years, as “it is bordering a pretty shady area,” said Rabbi Citron. “Gangsters often come and drink beer, and throw their bottles over the fence.”

After learning of the vandalism, Rabbi Citron went to the cemetery on Sunday.

“The general cemetery was open, but the Jewish part was locked,” he said. “So I didn’t actually see the vandalized portion; I just davened a bit, outside the locked gate.”

Rabbi Citron said that while the vandalism is a sad incident, the local non-Jewish community recently brought about a positive and uplifting initiative involving the old Jewish cemetery.

“Several months ago, a group of Catholic school students from Belfast were taken on a trip to Auschwitz,” related Rabbi Citron. “The trip so inspired them that when they returned, they decided to take it upon themselves to clean up the old Jewish cemetery in Belfast.

“When I went today, even though it was locked and I could only peer through the gate, I saw mowed grass, no broken bottles, and a cemetery that generally looked nice and clean.”

The story of Belfast Jewish Community reflects the wider history of Jews in Europe. The shul was founded in 1871 by wealthy German Jewish linen merchants who settled in that city, and the cemetery opened at the same time. In 1904, the synagogue moved to another neighborhood, near where new Jewish immigrants from Eastern Europe were living. With the opening of the new shul building, it became an Orthodox congregation. The new building was dedicated by Sir Otto Jaffe, the first Lord Mayor of Belfast, whose father, Daniel Jaffe, had founded the original synagogue in 1871.

In the early 1920s, a new Jewish cemetery opened, and for the next four decades, Jewish burials took place in both the new and old cemeteries. In 1964, the shul moved to its present location, 49 Somerton Road. Around that time, burials ceased in the old cemetery, which was in a bad neighborhood that would soon experience much chaos during the Troubles – three decades of violence in the late 20th century regarding the status of Northern Ireland.

Around 15 years ago, the shul changed its name from Belfast Hebrew Congregation to Belfast Jewish Community. The shul – the only synagogue in Northern Ireland – has 80 members. There are approximately 350 Jews in all of Northern Ireland, out of a total population of around 1.8 million.