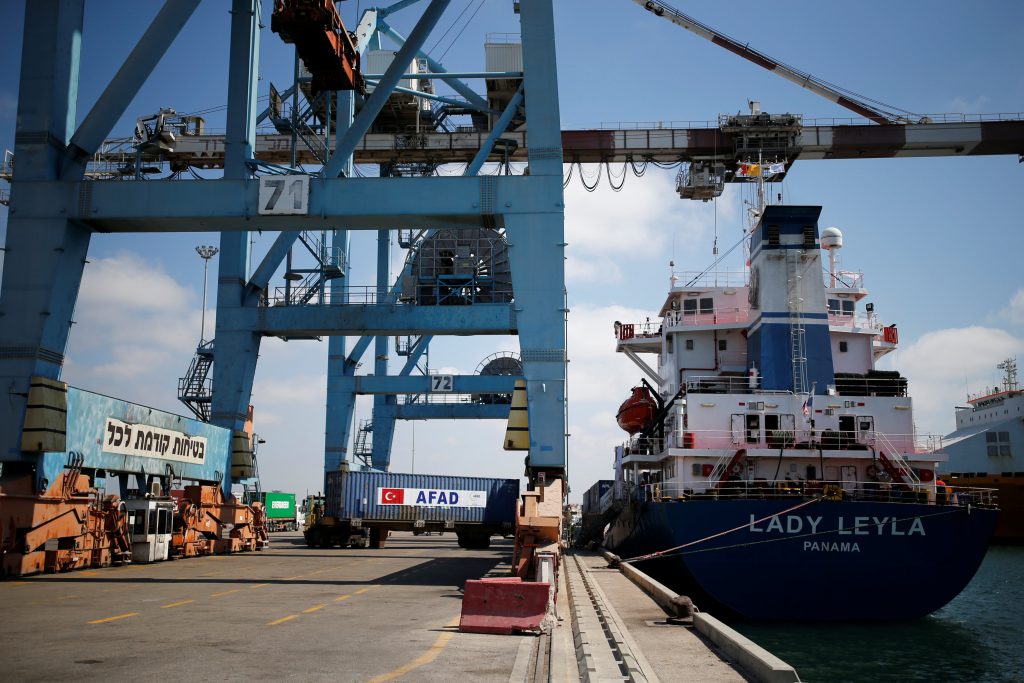 The Histadrut labor union has declared a work dispute at the Haifa and Ashdod ports, which, between the two of them, handle 90 percent of Israel’s imports and exports. The union is dissatisfied with the pace of implementation of a new labor agreement for port workers.

Under Israeli law, work disputes must precede strikes by two weeks. Both sides are supposed to take advantage of the work dispute period to step up negotiations and prevent a strike. Histadrut head Avi Nissenkorn said that he had already raised the issue over a week ago, and told management that unless it started paying out raises that had been decided upon in a general labor agreement last March, the union would strike.

Labor experts said that the threat must be seen in the context of the ongoing government efforts to establish additional, competing ports to challenge the existing ports on price. The union has bitterly fought against the idea, and several strikes have been conducted over the issue.

If the strike does take place, it will break out about three weeks before the beginning of the Tishrei chagim – exactly when increased cargo of imported food and other items for the holiday season are due to arrive.