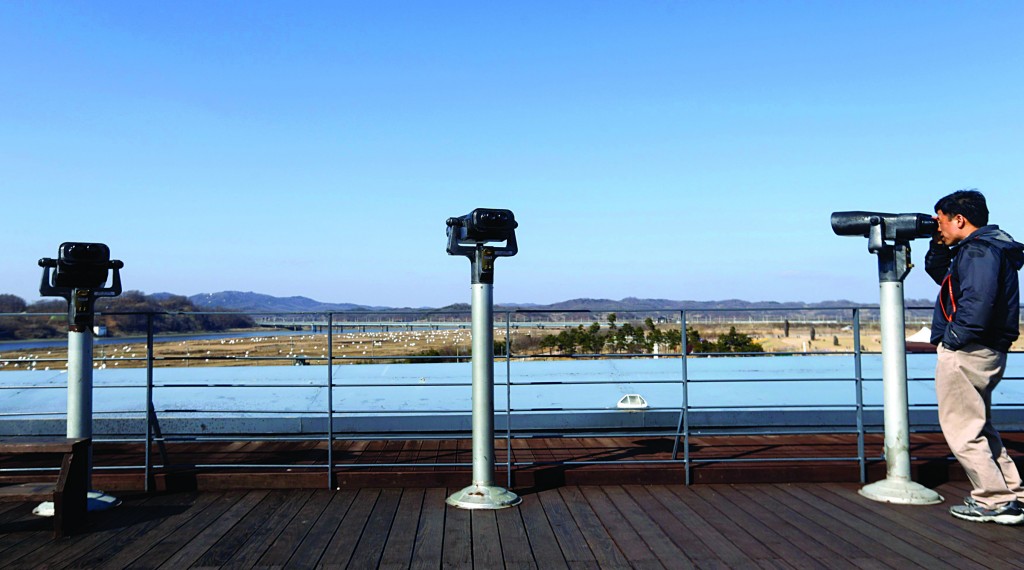 North Korea has laid landmines in the Demilitarized Zone (DMZ) between the two Koreas, the South’s Yonhap news agency reported on Tuesday, as tensions rose on the divided peninsula after the start of the annual U.S.-South Korean military exercises.

North Korea, which conducted its fourth nuclear test in January and a string of rocket tests since then, regards the joint exercises as akin to war and has threatened to launch a military strike in retaliation.

North Korea laid the mines near the DMZ “truce village” of Panmunjom, which is controlled by both of the Koreas and the U.S. military.

“North Korean’s military was seen laying several landmines last week on the North’s side of the Bridge of No Return,” Yonhap quoted an unidentified South Korean government source as saying.

The bridge passes over a river along the Military Demarcation Line (MDL) border, near the scene of a 1976 attack by ax-wielding North Korean soldiers in which two U.S. soldiers were killed.

Yonhap said the mines were laid on the North’s side of the MDL border.

The DMZ is littered with mines planted over the years but neither side is meant to lay new ones. Last year, two South Korean soldiers were wounded by what the South said were mines laid by the North. The North expressed regret for the incident, without directly admitting to planting them.

South Korea’s defense ministry declined to comment on the Yonhap report of new mines saying the area was under the control of the U.N. Command.

The U.N. Command, headed by the U.S. military, expressed concern about activities by the North’s military but did not confirm the report about mines. “The presence of any device or munition on or near the bridge seriously jeopardizes the safety” of people near the border, the U.N. Command said in a statement. It declined to speculate on the reason for recent unspecified activity by the North’s military.

Yonhap cited the government source as saying the mines may have been laid to prevent North Korean soldiers from defecting to the South.

On Monday, the North’s military said it was prepared to launch a retaliatory strike against the South and the United States in response to the annual drills called Ulchi Freedom Guardian, in which about 25,000 U.S. troops are currently participating.

Tensions have been at a high in recent days, also due to the defection of a senior North Korean diplomat to the South in what was an embarrassing blow to the North.