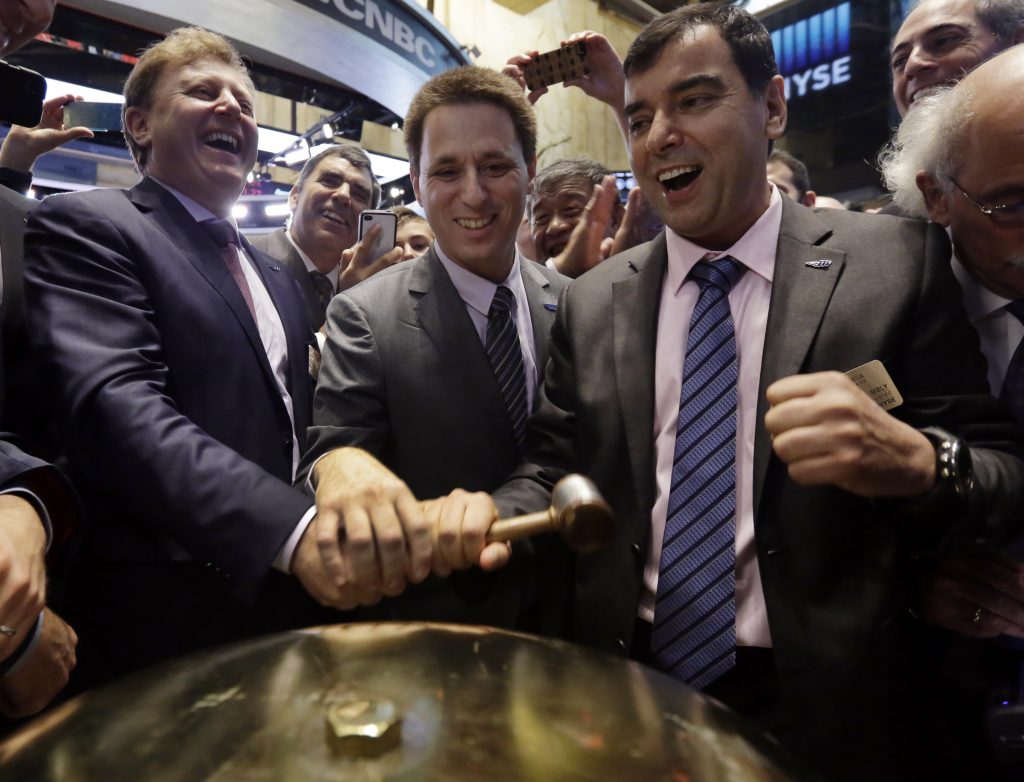 Auto parts and electronics company Delphi Automotive is joining with Israeli software maker Mobileye to develop the building blocks for a fully autonomous car in about two years.

The companies announced their partnership early Tuesday. It’s another in a flurry of auto industry and tech tie-ups as companies race for self-driving supremacy.

Delphi and Mobileye plan to build a complete autonomous driving platform that they will sell to automakers worldwide. They promise to demonstrate the technology at January’s Consumer Electronics Show and have it ready for production in 2019.

Delphi already has taken an autonomous Audi on a cross-country drive, while Mobileye makes software that processes data from cameras and other sensors.

The companies didn’t give many financial details but said they would share development costs for a total combined investment of a few hundred million dollars.

Mobileye will provide its next generation chip that processes signals from multiple sensors, as well as software used for real-time mapping. Delphi will contribute automated driving software algorithms and controls for camera, radar and laser sensors.

The partnership is the latest as old-line auto companies combine their strengths with technology companies as they try to stay competitive on autonomous cars.

In addition, Google has partnered with Fiat Chrysler to work on autonomous minivans, and Volkswagen has invested $300 million in Uber competitor Gett. BMW, Intel and Mobileye also have a partnership, and Ford recently invested $150 million in laser sensor maker Velodyne. It also acquired Israel-based SAIPS for its expertise in artificial intelligence and computer vision, and invested in Berkeley, California-based Civil Maps.