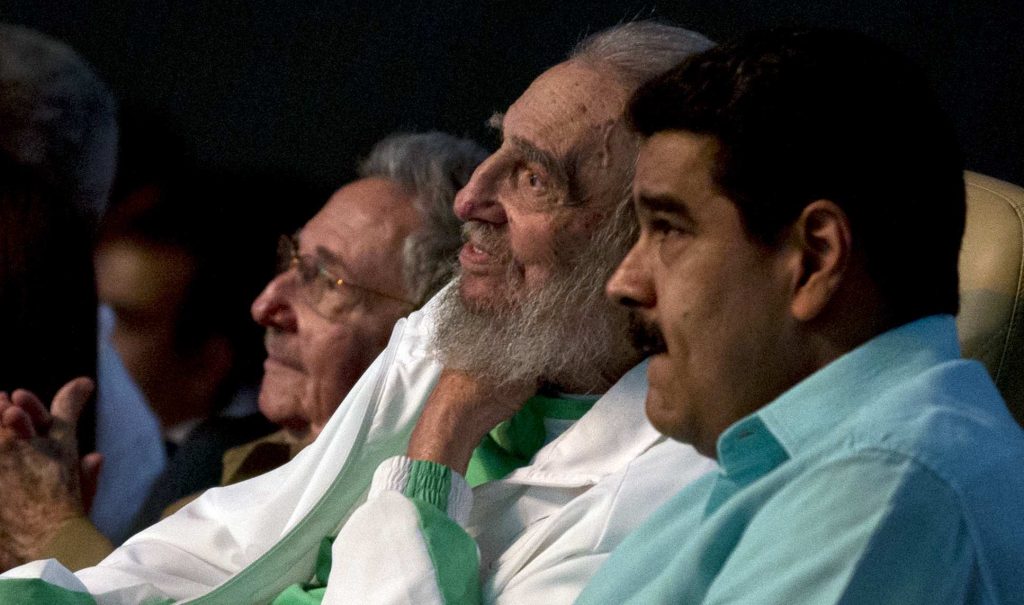 Venezuela is suffering its worst economic crisis in recent memory, but that doesn’t seem to have stopped President Nicolas Maduro from spending $375,000 to travel to Cuba with an 80-member delegation — including musicians, relatives and friends — to celebrate the 90th birthday of Cuba’s retired maximum leader Fidel Castro.

When I read this news report in the Venezuelan daily El Nacional, my first reaction was to wonder whether the figures were accurate. So I called opposition Congressman Carlos Berrizbeitia, the legislator who had disclosed these figures at a National Assembly session, and asked him how he had come up with his estimate.

The fuel expenses of the three planes for the 2,700-mile round-trip amounted to about $270,000, he said. In addition, the Venezuelan delegation spent about $250 per person a day in food and lodging, which added $105,000 to the total bill, he said.

“The Cuban dictator’s birthday party cost us Venezuelans nearly $400,000, at a time when we have widespread shortages of food and medicines at home,” Berrizbeitia told me.

Asked how he knows that Maduro’s delegation flew in three aircraft, and totaled about 80 people, Berrizbeitia told me that most of the information is public. The pictures of Maduro’s planes landing in Havana are all over the internet, and Maduro traveled — in addition to his security team, journalists, relatives and friends — with a folkloric troupe, which is made up of dozens of singers.

Indeed, the Venezuelan government-funded TeleSur’s website reported on Aug. 14 that at least 40 members of the group had performed in a special birthday show for Castro at Havana’s Karl Marx Theater that day.

“Venezuela paid homage to Fidel with a show ..…..,” the TeleSur dispatch said. “More than 40 Venezuelans on stage, between singers, artists, and representatives of Venezuelan music, arrived in Cuban territory to pay homage to the Cuban leader.”

In addition, there were dozens of Venezuelan security guards, media announcers and technicians of Venezuela’s government-run media network who broadcast the show live to Venezuela.

According to Berrizbeitia, Maduro has already spent more than $14 million in 22 trips abroad since he took office three years ago. One of the most expensive ones was a trip to China last year, when he took more than 80 guests with him, including the two nephews of his wife who now are in prison in New York on illegal-substances-trafficking charges, that cost more than $1 million, he said.

“Maduro should have to explain these expenses, but this government is used to not being accountable to anybody,” Berrizbeitia told me. “They have co-opted all government institutions, and operate with total impunity.”

Maduro’s excesses could have been understandable when oil prices were at $146 a barrel and Venezuela was awash in money. But now, Venezuela is in a shambles, with a more than 700 percent annual inflation rate that is the highest in the world, an economy that is projected to contract by 10 percent this year, and massive food shortages.

Most supermarket shelves are empty. People have to wait in lines for hours under the sun to buy whatever they can find, and hundreds of thousands are seeking to flee the country.

It’s time for the international community to press Maduro to accept humanitarian aid for Venezuela, and to ask him to respect his own country’s National Assembly demands that he stop throwing money away while millions of Venezuelans are going hungry. Venezuela is on the verge of a refugee crisis that could spill over to much of Latin America, and Maduro should not be spending a fortune for retired foreign dictators’ birthday parties.