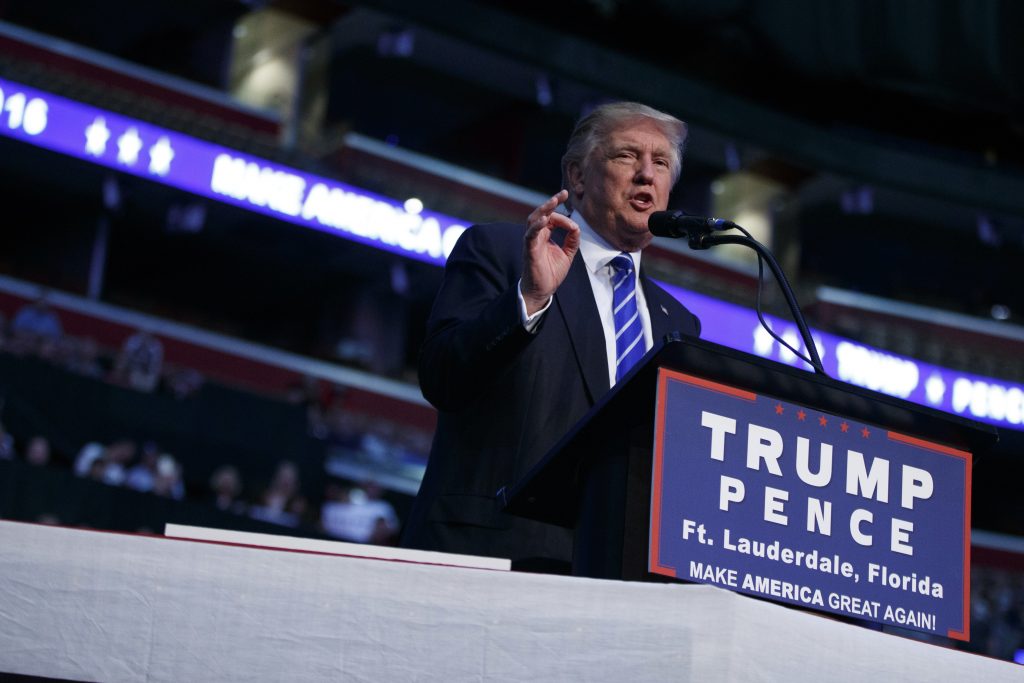 Weary Republican leaders are accepting Donald Trump’s latest staff shake-up, hopeful that a new leadership team can reverse the New York businessman’s struggles even as some worry it’s too little, too late.

The Republican National Committee has already conceded it may divert resources away from the presidential contest in favor of vulnerable Senate and House candidates if Trump’s standing does not improve in the coming weeks. RNC chief strategist Sean Spicer called Trump’s staffing changes the “healthy growth of the campaign at a senior level at a key point.”

Spicer also urged caution as Trump’s new team contemplates whether the fiery populism and freewheeling style that won him the Republican nomination will give him a better shot at the White House than uniting his party and rallying moderate voters.

“I think people want him to be authentic,” Spicer said. “They appreciate he’s not a scripted politician, but there’s a recognition that words do matter.”

Trump on Wednesday announced a staff overhaul at his campaign’s highest levels, the second shake-up in the past two months. The Republican nominee tapped Stephen Bannon — a combative conservative media executive with no presidential campaign experience — to serve as CEO of his White House bid.

Pollster Kellyanne Conway, who has known Trump for years and gained his trust during her brief tenure working for him, will serve as campaign manager.

The moves are aimed in part at marginalizing campaign chairman Paul Manafort, a longtime Republican operative who pushed Trump to moderate his tone and improve relations with skeptical Republican officials. In breaking with that approach, Trump appears set on finishing the race on his own terms — win or lose.

Trump’s divisive tone and weak poll numbers have triggered a rash of Republican defections in recent weeks. Party loyalists have grown increasingly frustrated with Trump’s inability to stay focused on Democrat Hillary Clinton amid a series of self-created distractions.

“I don’t care if Donald Duck is running the campaign,” said Henry Barbour, a Republican National committeeman from Mississippi. “If he can make this thing about Hillary Clinton’s record and getting the country back on track, that’s what’s going to win this election.”

While Manafort retains his title, Trump allies made clear Bannon will be overseeing the campaign staff and operations.

Rarely do presidential campaigns undergo such a level of tumult at such a stage of the general election. Wednesday’s announcements came less than three months before Election Day, and roughly six weeks before early voting begins.

Conway downplayed the notion of internal dissent at campaign headquarters at Trump Tower, telling The Associated Press the staffing changes are “an expansion at a critical time in the homestretch.”

Trump’s standing in the White House race plummeted throughout the summer and he now trails Clinton in preference polls of most key battleground states. He’s struggled to offer voters a consistent message, overshadowing formal policy speeches with a steady stream of controversies, including a public feud with an American Muslim family whose son was killed while serving in the U.S. military in Iraq.

Clinton, campaigning Wednesday in Cleveland, said voters should not be fooled by any Trump efforts to revamp his candidacy.

“There is no new Donald Trump,” Clinton said. “This is it.”

Bannon’s site has been fiercely loyal to Trump for months and sharply critical of Republican leaders, including House Speaker Paul Ryan. Breitbart has also actively promoted false conspiracy theories about Clinton, and some have then made their way into Trump’s remarks.

Manafort has spent months trying to ingratiate Trump to Republican lawmakers who have urged the billionaire businessman to dial back his fiery rhetoric and run a more traditional campaign. While Trump held a handful of meetings with Washington Republicans and fulfilled requests from GOP leaders to raise campaign cash, he’s continued to rankle lawmakers with his numerous controversies.

“Trump is on his third campaign manager in three months. If this was a hot dog stand, conclusion might be there was a problem with the dogs,” Republican strategist Stuart Stevens, a frequent Trump critic, wrote on social media.