National DEBATE: Is Trump Right to Tell Our NATO Allies to Beef Up Their Militaries or Risk Loss of U.S. Aid?
National 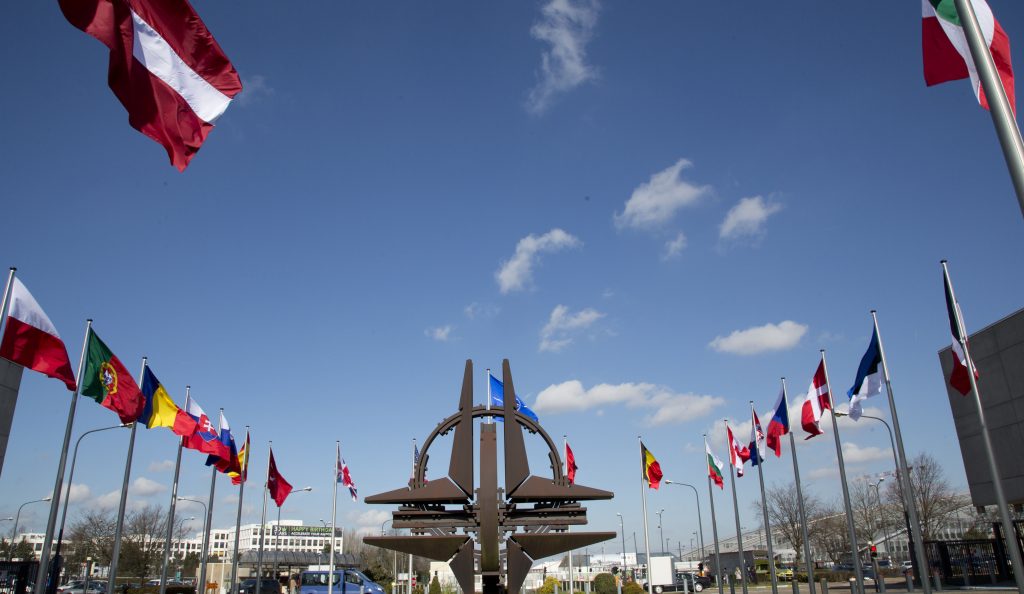 Trump Push for NATO Buildup Is Nothing New, Hardly Controversial

(Tribune News Service/TNS) – Donald Trump wants NATO members to pay their fair share into the transatlantic alliance, and that idea is nothing new.

Since the end of the Cold War, every American administration has made the same demand.

And it’s still a bipartisan stance. Leaders and candidates in both parties — from Bernie Sanders to Senate Foreign Relations Committee Chairman Bob Corker, R-Tenn. — have called for NATO members to put more skin in the mutual defense game.

Some of our allies have done just that. In particular, the leaders of Central European countries who most intensely feel the pressures of Russian adventurism, know they need to shoulder their share of the load.

At the 2006 Riga Summit, NATO heads of state agreed that European members of the alliance should spend at least 2 percent of gross domestic product on defense.

Estonia has met that commitment, and others are working in that direction. In fact, in 2015, 19 NATO members halted what had become a pattern of cuts to defense spending, and 16 of those nations actually increased spending.

The 2 percent pledge makes sense. A sustained commitment to maintaining armed forces over time makes for a better, more cost-effective defense. Whipping the size of defense forces up and down like a thermostat is what drives a lot of the inefficiencies for maintaining sufficient ships, planes and troops to reassure allies and deter potential enemies.

GDP works as a general measure of obligation much in the way families set aside a portion of their income for housing, savings and other vital expenses — ensuring that essentials are paid for first and that the family can live within its budget.

Were the U.S. to field all the forces needed to protect U.S. vital interests in key regions of the world, doing so would require about 4 percent of U.S. GDP, year in and year out.

The American economy is roughly the same as Europe’s. And U.S. defense commitments to NATO plus Asia and the Middle East are twice as big.

For America, 4 percent is not unreasonable. Half that, 2 percent for Europe, sounds about right as a rough, baseline measure.

And there is a need for NATO to be a capable force. The stronger NATO is, the less tempting it is for Russia to meddle in transatlantic affairs, the better the transatlantic community can respond emergencies arising from an unsettled Middle East, and the better the alliance can deal with emerging threats like cyber warfare and transnational terrorism.

What jarred many in Washington and other capitals was how Republican presidential candidate Trump suggested he would push other NATO nations to fulfill their burden-sharing commitments by making U.S. commitments contingent on theirs.

But campaign rhetoric is not always a reliable guide to what an administration might actually do in office. And certainly there are other ways by which the U.S. could help its NATO allies up their game, such as:

NATO needs to get better. And America needs a better NATO.

(Tribune News Service/TNS) – Donald Trump’s verbal attacks on American NATO allies that are “not paying their part” have served to showcase his ignorance of NATO’s structure and the real problems threatening American security.

For better or worse, NATO plays a major role in protecting the U.S. against a host of threats ranging from the Islamic State to aggressive nations like Russia.

And not all those threats are military ones, as Russian and North Korean hacking of American internet traffic has shown.

Nor do our allies’ contributions to the alliance come only in the form of the “cash transactions” by which Trump measures things. The tiny Baltic states Trump says aren’t paying their share are on the geopolitical frontline of Russian aggression and have already been targets of hacking and border incursions. They are the buffers.

The countries of Eastern Europe as well as our allies in Western Europe not only host NATO troops — many of whom are Americans — but have also contributed their own troops to our fights in Afghanistan and elsewhere. Their actions have made them targets.

Whatever Trump claims, neither the new nor the old entrants to NATO are free-riders. All of them pay into the NATO budget, even if some have fallen short of the recommended minimum of 2 percent of gross domestic product.

All members maintain military forces tooled to fit Western models and have fought alongside us when needed.

For new entrants from what was once communist Eastern Europe, this has meant having to chuck their old Soviet arms and battle plans and invest their scarce resources, with our help, to make their militaries compatible with NATO forces.

These nations guard their own borders, a number of which abut Russia, and have stood ready to contribute to mutual causes, as they instantly did after the terrorist attacks in New York and Washington on 9/11.

Sadly, NATO has not been outdated by the collapse of the Soviet Union. With the rise of international terrorism and Russia’s Putin, with whom Trump says he sees eye-to-eye, NATO is as necessary today as it was in 1949.

The new threats are not as simple as the old. Russia, like the old Soviet Union that collapsed around it, is even more transparent and aggressive in its desires to expand power.

The engagement of Russian forces in Eastern Ukraine and Russia’s blatant takeover of Crimea in 2014 — the first shift of European borders since Hitler’s invasion of the Sudetenland — was undeniable proof of its determination to expand.

The shooting down of a Malaysian Airlines flight by a Russian missile is even more proof that there are dangers we can’t ignore or fight ourselves.

Not only is Trump frighteningly wrong on the worth of little countries in Europe but he also fails to understand the very meaning of the term “alliance” and the very real threats in the world.

Rather than talk about building a wall to keep out what he regards as “dangerous refugees,” he should talk about strengthening the alliances we have, which protect our interests and those of other democracies working with us against dictators and terrorists.

Jane Leftwich Curry is a political science professor at Santa Clara University, with an expertise in Eastern European politics.