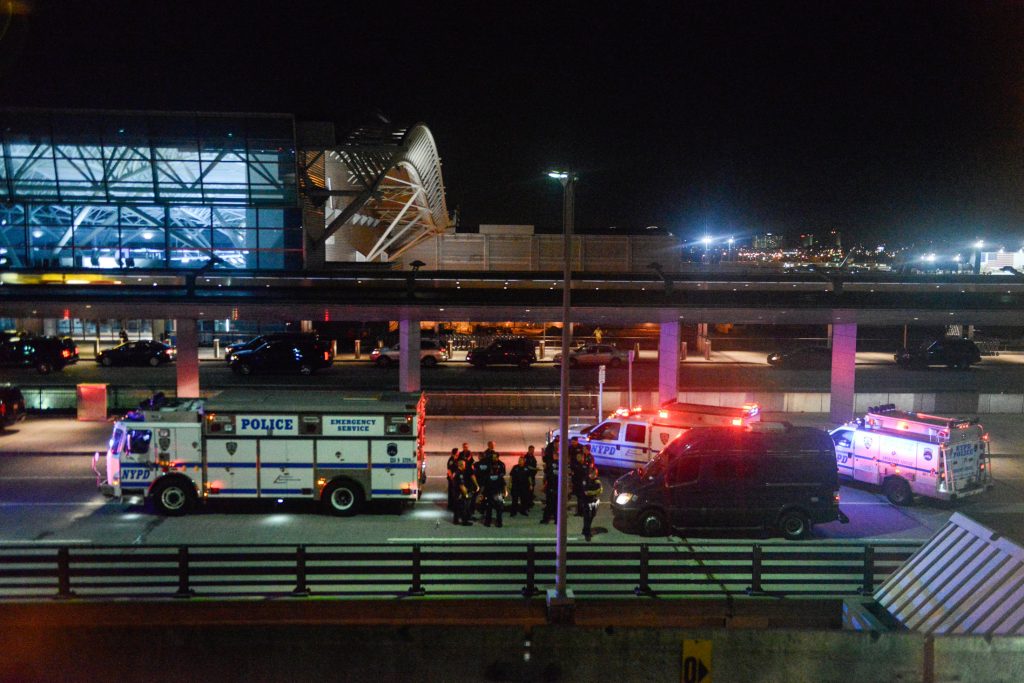 A preliminary investigation at New York’s John F. Kennedy International Airport found no evidence of gunfire inside one of its terminals on Sunday despite earlier reports of shots being heard, the airport’s operator said. Police evacuated Terminal 8 as a precaution after receiving reports of shots fired near the departures area around 9:30 p.m. Sunday.

No gun casings were found after a search of Terminal 8, where reports of gunshots in the departures area led to an evacuation, the Port Authority of New York and New Jersey said in a Twitter message.

“The terminal was evacuated out of an abundance of caution,” the agency said. “Travelers should contact their carriers.”

Sherwin Bryce-Pease, a correspondent with South African Broadcasting Corp based in New York, was on a Norwegian Airlines flight from Paris that landed at JFK shortly before 10 p.m. EDT.

A short time later, police closed Terminal 1 after they say they received additional reports of shots fired in that terminal. An expressway approaching the airport also was shut down.

“They told us nothing from the flight deck. Only that the earliest the gate will be available will be in an hour 15 minutes from when we landed, an announcement greeted by huge sighs on our Norwegian Airlines flight from Paris,” he said.

According to the flight tracking company, FlightAware, all inbound flights were being held at their origin until 11:30 p.m. due to security.

Video and photos posted on social media showed hundreds of people streaming out of Terminal 8.