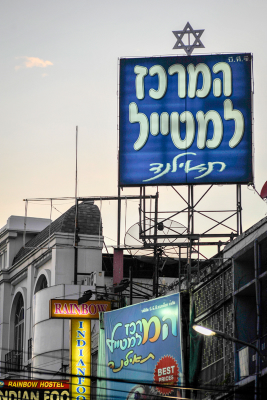 The Israeli Foreign Ministry on Friday urged Israelis who were planning trips to Thailand to avoid large crowds, and to pay attention to news and events in their surroundings. The statement came after a series of explosions in a tourist area of Thailand, in which four people were killed and dozens injured Thursday night. Among the injured were foreign tourists, but the Ministry said that there were no Israelis among them.

At least eight explosions struck three tourist towns in the span of 12 hours Thursday and early Friday. No one has claimed responsibility, and Thai officials said that they did not appear to be the work of “terrorists.” The explosions occurred in Hua Hin, and the southern city of Surat Thani and the resort island of Phuket. The only one of the three frequented by Israelis is the third, and the casualty of that bombing was that of a local resident who was slightly injured.

Thailand has become a popular tourist destination for Israelis in recent years, especially for demobilized soldiers who take a year off before moving on to university. In recent weeks, the Ministry has issued general travel warnings to Israelis traveling to Europe and the Far East to be aware of their surroundings and avoid being caught up in situations that could compromise their safety, such as anti-Israel demonstrations or activities by Islamic groups.