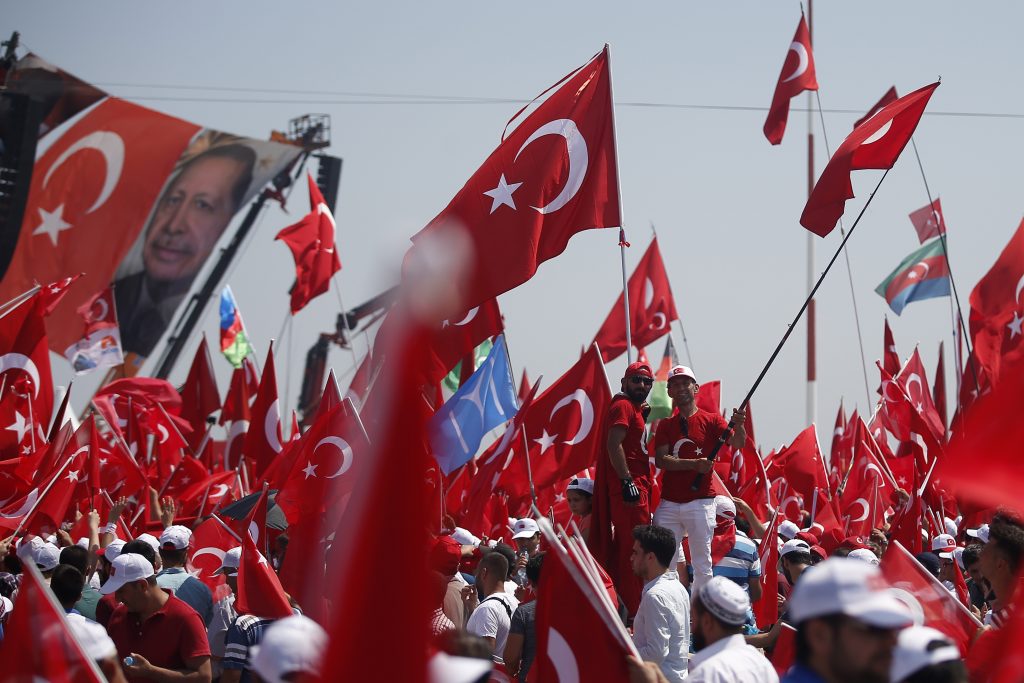 Turkish Justice Minister Bekir Bozdag said on Tuesday 16,000 people have been formally arrested and remanded in custody in connection with last month’s failed coup attempt, while another 6,000 detainees were still being processed. Another 7,668 people were under investigation but were not currently detained, he said in an interview with state-run Anadolu Agency, broadcast live on Turkish media channels.

Turkey has detained, removed or suspended tens of thousands of people in the judiciary, military, police, public service and elsewhere over alleged links with the abortive July 15 putsch, when a faction of the military tried to oust President Tayyip Erdogan and the government.

More than 240 people were killed and nearly 2,200 people were wounded when a faction of the military commandeered fighter jets, military helicopters and tanks, opening fire on civilians as they attempted to overthrow the government.

Since the coup bid, soldiers, police, judges, journalists, medics and civil servants are among those who have been removed or arrested, prompting concern among Western allies that Erdogan is using the events to tighten his grip on power.

Turkey blames followers of U.S.-based self-exiled Muslim cleric Fethullah Gulen for the attempted coup. Gulen, whose followers in the security forces, judiciary and civil service Erdogan accuses of orchestrating the attempted power grab, but he denies any connection to the plot.

Turkish authorities say Gulen’s followers used several smartphone messaging apps to communicate with each other in the years ahead of the coup attempt and that Turkey’s national intelligence agency, cracking the program, was able to trace tens of thousands of people from the group.

A senior Turkish official said Turkey’s intelligence agency has identified at least 56,000 operatives of Gulen’s network as they cracked the little-known smartphone messaging app called ByLock, that the group began using in 2014. By this year, Turkish intelligence were able to map their network.

“Our assessment is that 150,000 unique operatives used ByLock to communicate with others,” a senior Turkish official said, adding that the group has also used another app called Eagle, which could be disguised as other popular instant messaging apps.

“We assess that Eagle was used by operatives to share various operational details as well as during the planning stage of the July 15 coup attempt,” the official said and added that the network still continued to use Eagle.

Turkey’s Haberturk newspaper reported that the High Council of Judges and Prosecutors (HSYK) has carried out work for another round of purges for 1,500 judges and prosecutors after nearly 3,000 were suspended in the days after the coup attempt.