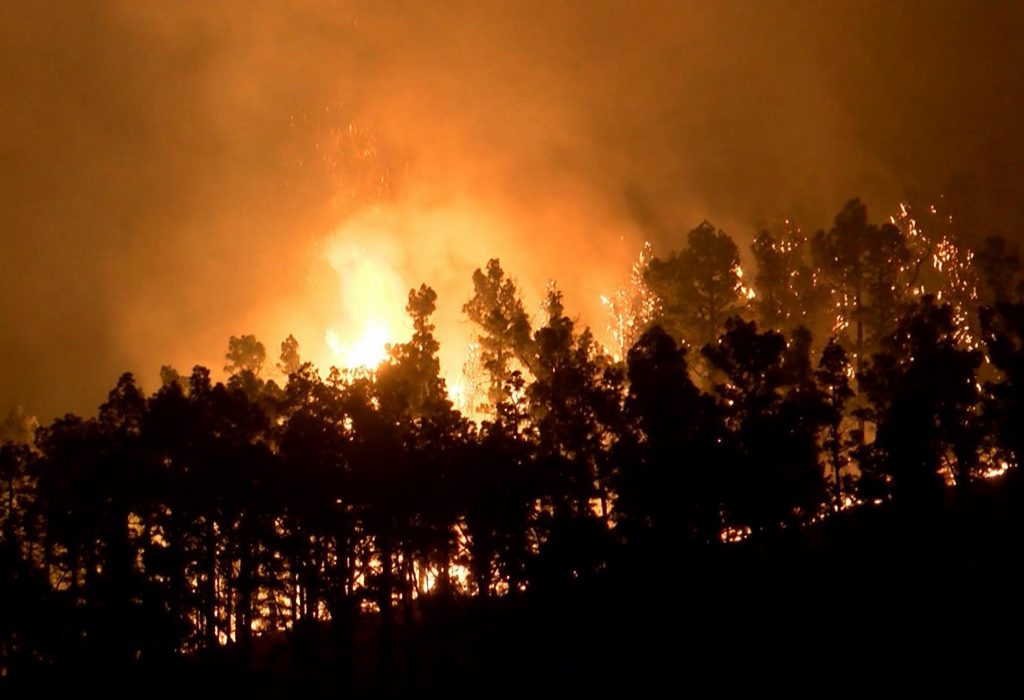 Spanish authorities have evacuated 500 more residents in the path of a five-day-old forest fire on the Atlantic island of La Palma.

The regional government for the Canary Islands archipelago says the evacuation of two neighborhoods in the town of Villa de Mazo took place Sunday morning shortly after midnight as the fire spread through the hilly terrain.

The latest evacuation comes only hours after authorities said some of the 2,500 residents previously evacuated could return to their homes.

The blaze has claimed the life of one forest worker and destroyed around 4,000 hectares (9,900 acres) of forest on the volcanic island off the northwest coast of Africa.

An unnamed 27-year-old German man admitted to police Friday that he had started the fire accidentally . Spanish media say he has been charged with grave negligence and was denied bail after a judicial hearing Saturday while police continue their investigation.

Some 350 firefighters, supported by four planes and eight helicopters dumping water, are battling the fire, but strong winds and high temperatures are complicating their efforts.