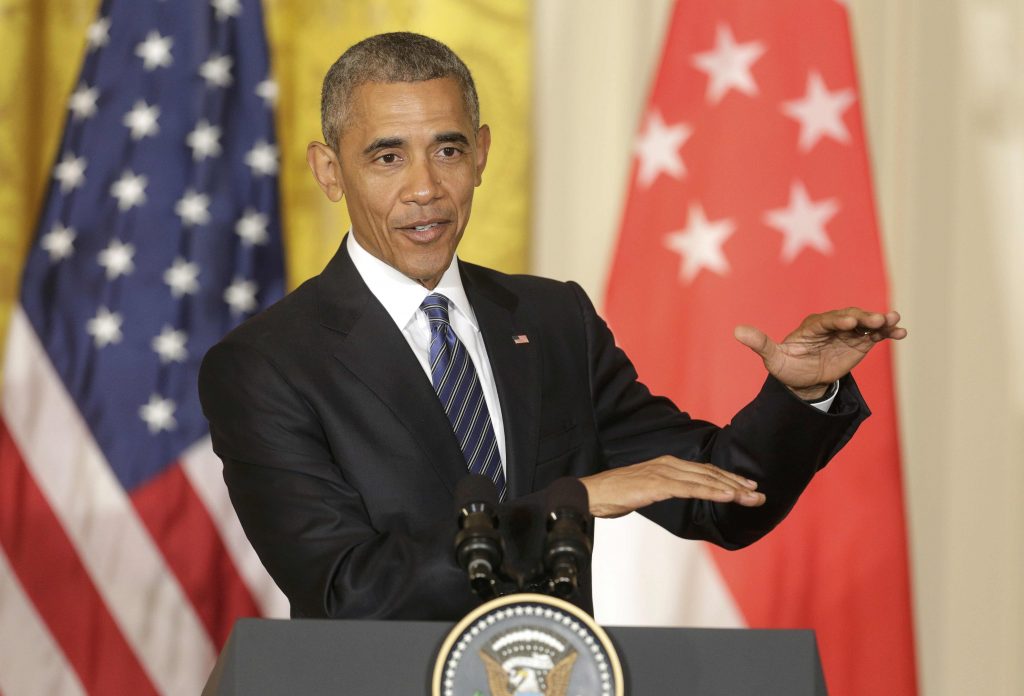 President Barack Obama is assessing what’s working and what’s not in the fight against the Islamic State terror group as the U.S. military ramps up its engagement in Libya.

After meeting Thursday with military and national security advisers at the Pentagon, Obama plans to take questions during a news conference.

The session comes as the U.S. is bombing targets in and around the Libyan city of Sirte, a notable expansion of the U.S.-led coalition’s military mission against IS. At the urging of the Pentagon, Obama authorized the strikes that started this week and include precision strikes against IS tanks, rocket launchers and fighting positions.

Obama typically convenes meetings of the National Security Council at the White House, but over the past year he has occasionally held them at other agencies like the State Department and the CIA. The goal of the meeting at the Pentagon is to illustrate the multifaceted U.S. approach to defeating IS.

Mired in chaos following the ouster of strongman Moammar Gadhafi in 2011, Libya became a target for IS terrorists hoping to build a safe haven outside its initial territory in Iraq and Syria. Though the number of IS terrorists in Libya has dwindled, the U.S. is hoping to help Libya’s fledgling, U.N.-backed unity government finish the job.

Obama also plans to use the meeting at the Pentagon to tout recent gains by the U.S. and its partners against IS in Syria and Iraq. With significant U.S. help, Iraq’s government is preparing a major offensive to reclaim the key northern city of Mosul, controlled by IS since June 2014.