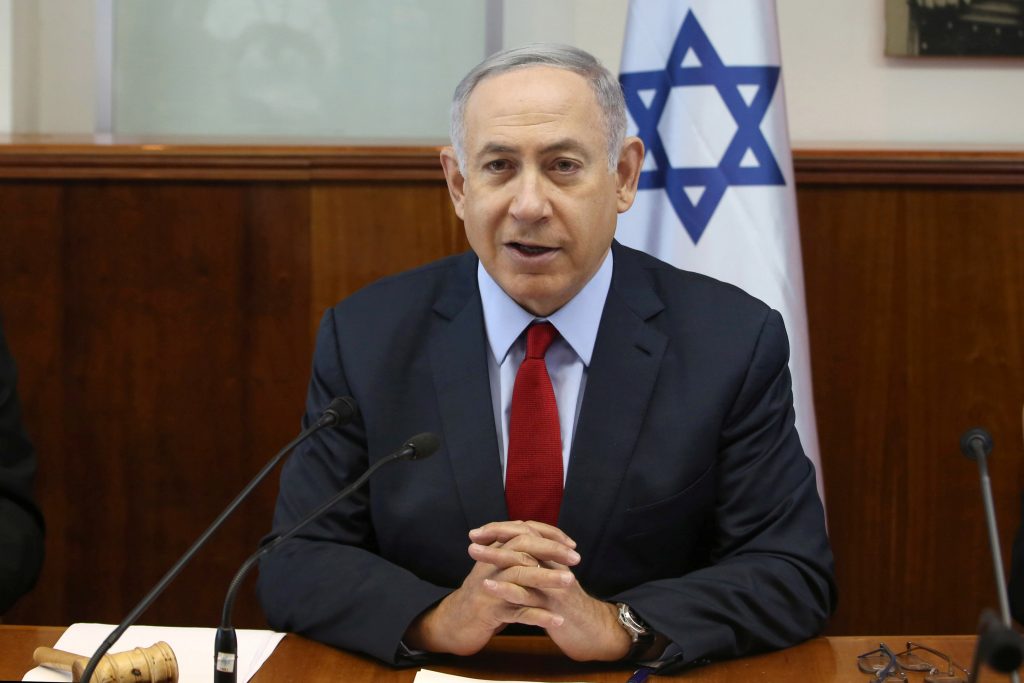 Prime Minister Binyamin Netanyahu seized on a video showing a Palestinian father urging IDF soldiers to shoot his son as a shocking example of the hate-filled incitement against Israel.

The brief clip, narrated by Netanyahu in a video of his own on Tuesday, showed the father as he “pushes his young son forward toward the soldiers and screams, ‘Kill him! Shoot him!’ The boy pauses. He is scared. Any child would be. He turns back, looking at his father for guidance.

“With his shirt tightly tucked into his bright red shorts, the boy ambles forward towards the soldiers. One of them extends his hand in friendship. The boy gives him a high-five. It’s hard to make a four-year-old hate.”

Netanyahu introduced the video with the statement: “I’ve just watched a video that shook me to the core of my being. In just a few seconds, it shows why our conflict persists.”

He concluded by lamenting the programmatic incitement against Israel, and with a call for peace.

“Sadly, this father’s crime is not an isolated example. In Gaza, Hamas runs summer camps that teach children to value death over life – suicide kindergarten camps.

“I’m sure Palestinian parents, many of them, are as outraged as I am at this video.

“And today I appeal to every father and mother around the world. I ask you to join me in calling for an end to this abuse of children.

The video is the latest of a series of such presentations, in which Netanyahu speaks directly into the camera while seated in his book-lined office. The videos began to appear after David Keyes succeeded Mark Regev as the Prime Minister’s English-language spokesman in March, and the style bears his signature.