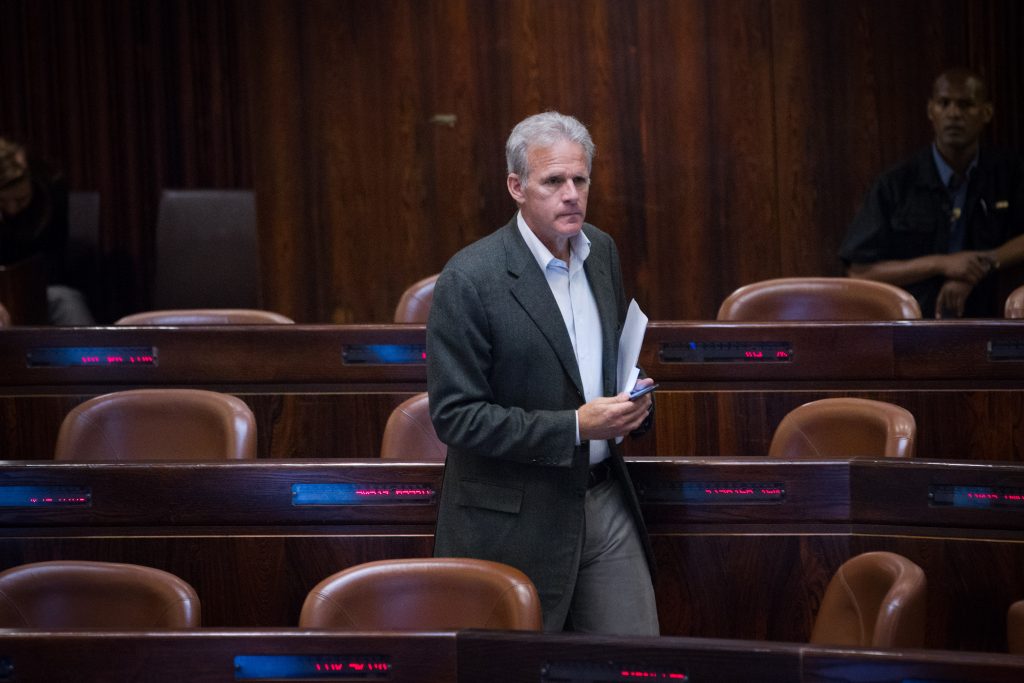 Kulanu MK Michael Oren has been appointed to the Prime Minister’s Office, where he will work on foreign affairs issues, such as the boycott against Israel.

The former Israeli ambassador to the U.S. was, like many others, critical of the Foreign Ministry’s handling of the BDS threat.

“We’ve been fighting feelings with facts,” Oren told The Jerusalem Post in an interview about his new job. “Using a fact against a feeling is like firing a ping pong ball against a tank.”

Oren characterized the boycott Israel movement as an idea, which Israel has been treating like an organization. “You can’t bomb an idea,” he said. “The only effective weapon against an idea is a better idea.”

However, he could offer no specific ideas at the moment, only his intention to rethink Israel’s response.

That aside, Oren was upbeat about Israel’s standing in the international arena. “As much as we’re facing challenges, this is a period of unprecedented opportunity, and I’m speaking as a historian,” he said. “Never before, since 1948, has the world been so open to us.”

When asked if the memoir of his ambassadorial years, Ally, whose criticism of the Obama administration drew a barrage of criticism from the Americans, would hinder him in his new position, he said it would not. Oren added that he scrupulously avoids anything that would suggest taking sides in the U.S. elections. He said that he recently turned down a meeting with Republican nominee Donald Trump for that reason.
Oren’s new position was described by the PMO as that of “special envoy to the prime minister,” though it was not clear what that would mean, other than that he was expected to contribute in the realm of foreign affairs and diplomacy.