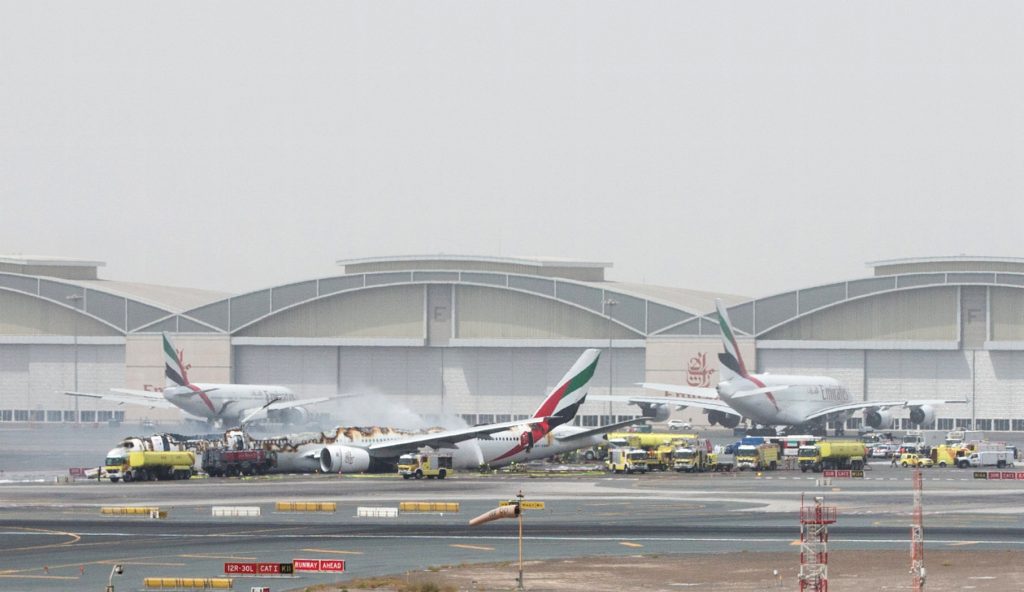 An Emirates flight from India with 282 people on board crash-landed at Dubai’s main airport on Wednesday, sending black smoke billowing into the air and halting all traffic at the Middle East’s busiest airport. Dubai authorities said all passengers were evacuated safely.

Dubai-based Emirates said the accident happened as Flight EK521 was arriving from the southern Indian city of Thiruvananthapuram. The airline gave no details on the fate of those onboard.

The Dubai government’s official media office said that all passengers were “evacuated safely and no injuries have been reported so far,” however.

It said authorities were “dealing with the incident at the moment to ensure safety of all” and that all departures from the airport have been halted until further notice.

“Our main priority at this time is the safety and wellbeing of all involved and full cooperation is being extended to the authorities and emergency services managing the situation,” the carrier said.

Videos posted online showed black smoke billowing from what looked like an Emirates jetliner lying on its belly on the runway.

The Boeing 777 departed Thiruvananthapuram at 10:19 a.m. and was scheduled to land at 12:50 p.m. local time, according to Emirates.

Thiruvananthapuram is the capital of the southwestern Indian state of Kerala, a popular tourist destination. Man blue-collar migrant workers employed in the United Arab Emirates and other Gulf nations come from Kerala.

Officials from the airline and Dubai International Airport declined to immediately provide further details when reached by phone.