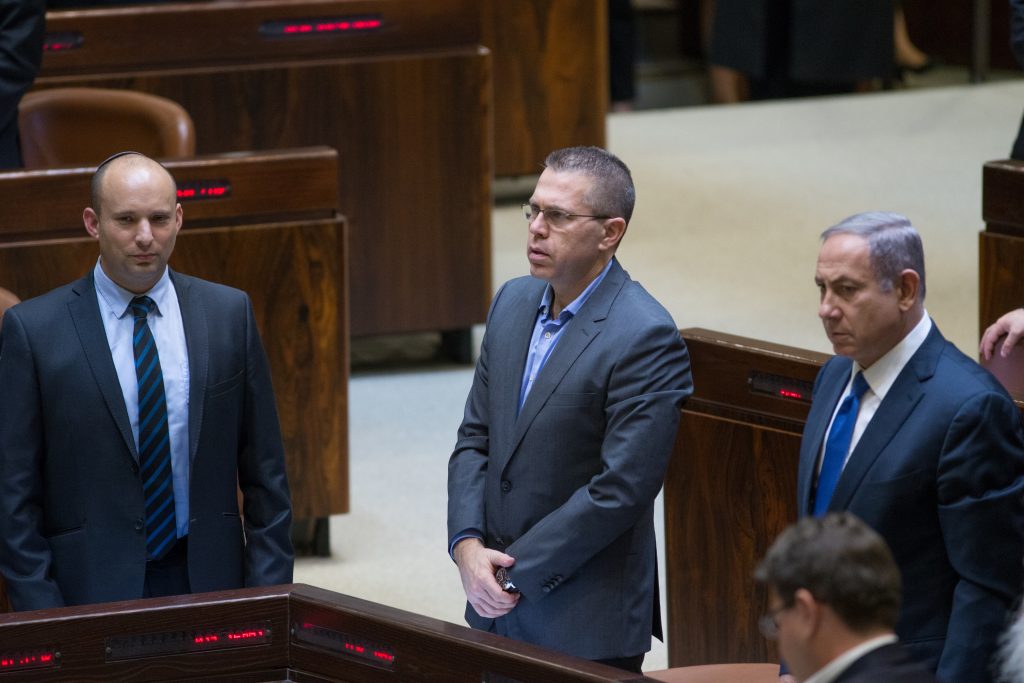 Labor Party chairman Isaac Herzog spurned a hint from Prime Minister Binyamin Netanyahu that the Foreign Affairs portfolio is still his if he will join the coalition.

Netanyahu told reporters on Monday that he was holding the post open to allow for an expanded government. Netanyahu relinquished his control of the Economy Ministry in a minor cabinet reshuffle on Sunday, but remained as head of Foreign Affairs.

“Our governmental system creates tensions,” Netanyahu said. “Overall the government is functioning well, but I am still interested in expanding it.”

“Tensions” was a transparent reference to the ongoing hammer-and-tongs conflict between Netanyahu and Naftali Bennett (Jewish Home) over a series of issues including the latter’s allegation that the Hamas tunnels threat was mishandled, and this week the debate over delaying the new broadcasting network.

But when asked about the invitation, Herzog belittled it as “hysteria” on Netanyahu’s part because of his Jewish Home headache, and claimed he, Herzog, was no longer interested.

“Netanyahu made a decision to go in a different direction,” Herzog told Army Radio, meaning the inclusion of Avigdor Liberman’s Yisrael Beytenu in the coalition. “He closed the door. He should go home. I am not entering the government.”

At a party meeting, Herzog went on to compare Netanyahu to former Cuban dictator Fidel Castro, because of his and his Likud party’s recent attempts to exert more control over the Israeli media.

“Netanyahu is trying to become an Israeli Fidel Castro,” Herzog declared. “He wants to create a subservient and submissive media, to make Army Radio into Netanyahu Radio, and to turn the media news agencies into the Netanyahu office news, and all in order to convert Israel into a monarchical government in which the heads of all security agencies will have to pass tests of loyalty to the king and his cronies and justices will be obligated to rule according to his whims,” Herzog added.

Much of Monday’s furor was triggered by a remark made by Culture and Sports Minister Miri Regev (Likud) who insisted during a stormy debate on Sunday that the government must have a say in the running of any reconstituted Israel Broadcasting Authority.

“It’s inconceivable that we’ll establish a corporation that we won’t control. What’s the point?” Regev asked.

Some of her own Likud colleagues were dismayed by Regev’s position. Minister for Social Equality Gila Gamliel told Army Radio on Monday that “We should keep in mind that we are a democratic state and that this is the primary element that outlines our overall conduct.

“As soon as you claim that we, in the public system, are setting up a public cooperation, and that we, as the government, need to control it — it is frightening to think that these things are said in this day and age.”