World Pentagon: No US Military Support for Turkey Coup
World 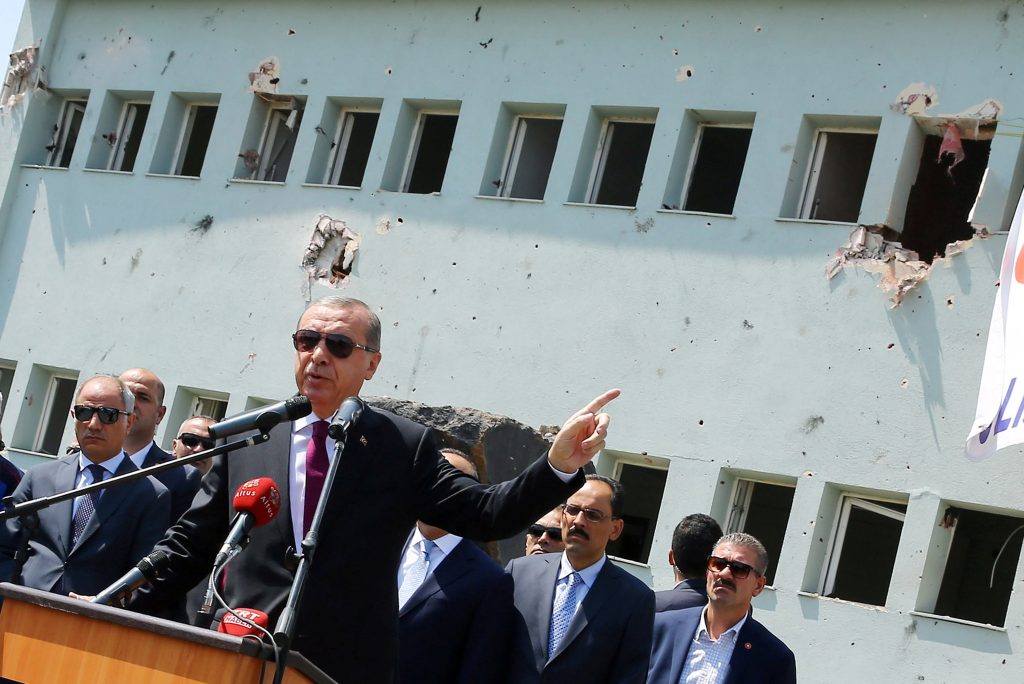 The Pentagon on Friday flatly rejected allegations by Turkey’s president that the U.S. military was somehow involved in or in any way supported the recent failed coup in that country.

Turkish President Recep Tayyip Erdogan lashed out at the U.S. Friday and criticized a senior military commander who had expressed concerns that the violent July 15 coup could have a longer-term impact on U.S. relations with the Turkish military. Erdogan said the U.S. was taking sides with coup plotters.

Pentagon press secretary Peter Cook said any suggestion that the U.S. supported the coup was absurd and wrong. He said Defense Secretary Ash Carter received assurances from his Turkish counterpart that the fight against Islamic State terrorists won’t be affected. The U.S. launches air strikes, surveillance aircraft and other missions out of Turkey’s Incirlik air base.

Cook said that while U.S. and Turkish officials “talk every day,” he could not say whether or not any senior U.S. defense or military officials had reached out to Erdogan Friday to specifically discuss or refute the latest accusations.

Erdogan at a speech Friday criticized Gen. Joseph Votel, the top U.S. commander for the Middle East, who noted that some Turkish military leaders whom the U.S. had relationships with have been jailed in the wake of the attempted coup.

“So I’m concerned about what the impact is on those relationships as we continue to move forward,” Votel said during the Aspen Security Forum on Thursday.

Cook echoed Votel’s comments, saying the key point is that “we have excellent military-to-military cooperation, have had for some time with the Turkish military. If you are no longer able to talk to a counterpart that you’ve dealt with for some time, there’s a concern that there might be some breakdown in communication. We are trying to work through that with the Turks and have every confidence we’ll be able to do that.”

Senior U.S. leaders, including President Barack Obama, have spoken with their Turkish counterparts in the last two weeks since the coup attempt.

Erdogan has accused the U.S. of harboring the coup’s alleged mastermind, Fethullah Gulen, a cleric living in self-imposed exile in Pennsylvania. Turkey has demanded the U.S. extradite Gulen.

There were 290 people killed in the coup, and thousands have been detained.