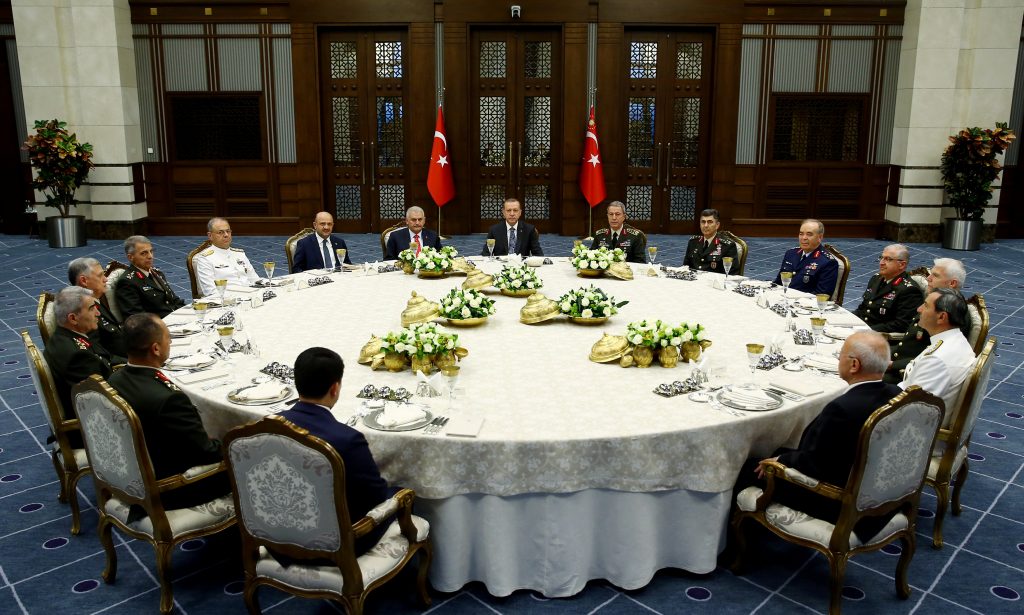 Turkey’s top military council promoted 99 colonels to the rank of general or admiral and put 48 generals into retirement in its annual shake-up, the military said on Friday, although the top brass was little changed after this month’s failed coup attempt.

The annual meeting of the Supreme Military Council – chaired by Prime Minister Binali Yildirim and including the top brass – followed the dishonorable discharge of nearly 1,700 military personnel over their alleged roles in the abortive putsch on July 15-16.

Erdogan, who narrowly escaped capture and possible death on the night of the coup, told Reuters in an interview last week that the military, NATO’S second biggest, needed “fresh blood.”

The dishonorable discharges included around 40 percent of Turkey’s admirals and generals.

Among the limited changes in the most senior commanders, the deputy armed forces chief General Yasar Guler was appointed commander of Turkey’s gendarme force, while the head of the prestigious First Army, General Umit Dundar, replaced him as Akar’s second-in-command, the presidential spokesman said.