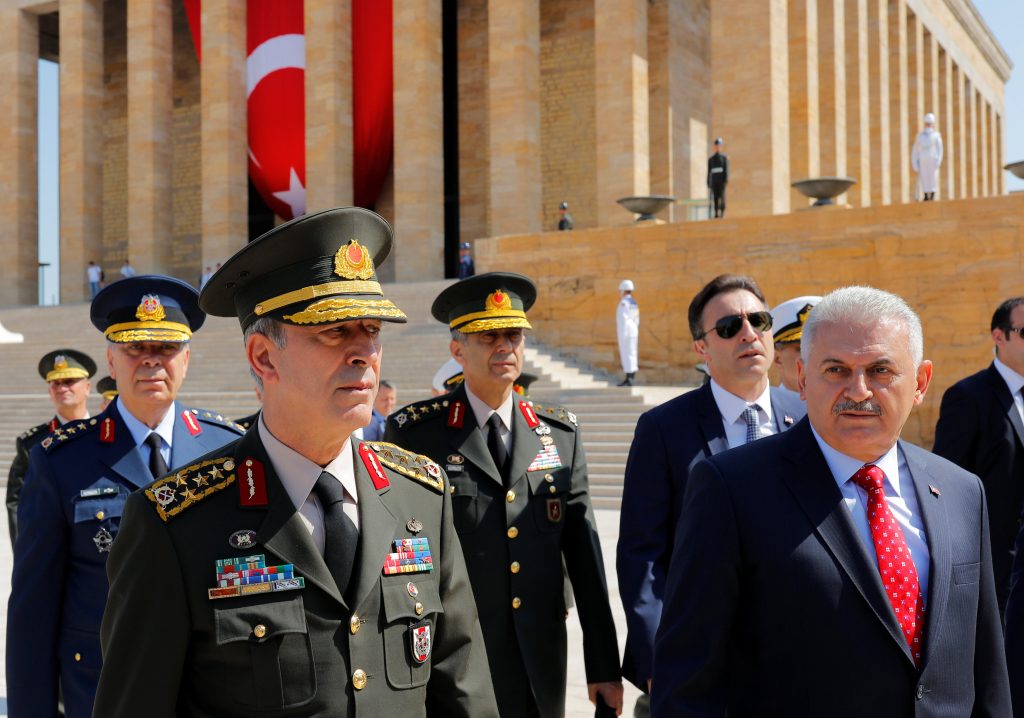 Turkish Prime Minister Binali Yildirim on Thursday chaired a top-level military meeting that is likely to lead to a major shake-up within the country’s armed forces following a failed coup by renegade military officers.

The Supreme Military Council, gathering top commanders of NATO’s second-largest army, met a day after Turkey discharged close to 1,700 officers — including 149 generals and admirals — suspected of involvement in the failed July 15 coup attempt. The council, which decides on promotions and retirements, was expected to announce more dismissals on Thursday. A senior Turkish official described the purges as “dishonorable discharge.”

Turkey declared a state of emergency following the violent coup attempt that led to 290 deaths, and embarked on a large-scale clampdown on people suspected of ties to U.S.-based Muslim cleric Fethullah Gulen, whom the government accuses of masterminding the coup. Nearly 16,000 people were detained over suspected links to the failed uprising, and about half of them were formally arrested to face trial.

Tens of thousands of state employees have also been dismissed for alleged ties to Gulen, while schools, dormitories and hospitals associated with his movement have been closed down.

Authorities issued warrants for the detention of 89 journalists as the clampdown extended to the media. Dozens of media organizations — most of them also linked to Gulen — were ordered shuttered late Wednesday.

Gulen, who lives in the United States and runs a global network of schools and foundations, has repeatedly denied any knowledge of the coup attempt. Turkey wants the cleric extradited but the U.S. has told Turkey to present evidence against Gulen and let the U.S. extradition process take its course.

The military Council meeting was originally scheduled for the first week of August but was brought forward following the coup attempt. Its location was moved from the military headquarters to the prime minister’s office in a sign that the government aims to place the military under stronger civilian control.

Late Wednesday, the government issued a decree that removed the paramilitary police force and the coast guard from military command and placed them under the control of the Interior Ministry.

Turkish officials have said they believe the coup plot was put into force in haste before the Council in August, when many officers suspected of links to Gulen would have been discharged.