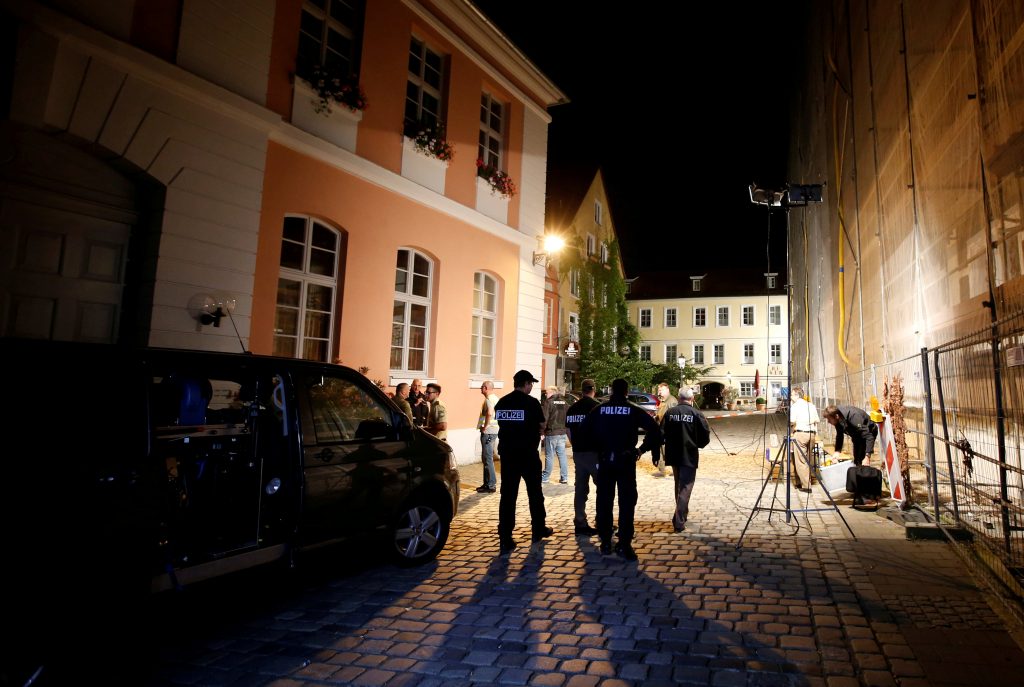 Chancellor Angela Merkel pledged Thursday to do “everything humanly possible” to keep Germany safe following a string of attacks — including two carried out by asylum-seekers and claimed by the Islamic State group that she said mocked the country that took in the assailants.

The attacks brought Merkel fresh criticism for her decision last year to welcome refugees. More than 1 million asylum-seekers were registered in Germany in 2015, although the influx has since slowed dramatically.

Merkel said at a news conference that Germany will “stick to our principles” and give shelter to those who deserve it.

“We will manage this,” she said, repeating a mantra she coined last August.

Merkel called for a better “early warning system” against signs of radicalization, faster progress on plans to create a center to help crack encrypted messages and better international intelligence cooperation, among other measures. But she said it’s too early to say in detail what more may be required beyond the tightening of asylum and security laws already undertaken in recent months.

“Wherever there are gaps, we will have to act — just as we have so far — so that it is clear that we are doing everything humanly possible to ensure security in our free, democratic state of law,” Merkel said.

Two of the attacks in a weeklong period starting July 18 — an ax rampage near Wuerzburg that wounded five and a suicide bombing that injured 15 outside a bar in Ansbach — were the first in Germany to be claimed by the Islamic State group. Both of the attackers, asylum-seekers who arrived over the past two years, were killed.

In two other attacks — a shooting by a German-Iranian 18-year-old in Munich that claimed 10 lives, including the attacker’s, and the stabbing of a woman by a Syrian asylum-seeker at a restaurant in Reutlingen — the motive is still unclear but Islamic extremism is not suspected.

“We will do everything to clear up the barbaric acts, find the people behind them and punish them, and then we will have to decide where further measures are necessary,” Merkel said. She added that Germany owes that to the victims, their relatives, its own security and also “to all the many innocent refugees.”

“That two men who came to us as refugees are responsible for the acts in Wuerzburg and Ansbach mocks the country that took them in,” Merkel said. “It mocks the helpers who took so much care of the refugees and it mocks the many other refugees who really seek help against violence and war.”

The chancellor cut short her vacation to schedule her annual summer news conference — only her second public appearance in the past week. She had faced criticism from opponents for her muted response to the four attacks.

Merkel dismissed criticism of that, noting that she will attend a memorial service in Munich on Sunday, and rejected the notion that she might personally feel any guilt about the attacks.

“I have the feeling that I am acting responsibly and correctly, and no other feelings,” she said.

Merkel repeated unbidden her insistence that Germany “will manage” the challenges of the day — a phrase she first used at last summer’s annual news conference.

“I didn’t say 11 months ago that it would be an easy thing we could manage in passing, otherwise I wouldn’t have had to say that sentence,” she said. “But I am, today as I was then, convinced that we will manage to do justice to our historic task … we will also deal with the new challenge we now face, Islamist terror.”

“I think that refusing humanitarian responsibility would have had just as many, or perhaps completely different but in any case very bad, consequences for us that I would not risk and could not recommend to Germany,” Merkel said.

Earlier Thursday, officials in Bavaria — the scene of three of the four attacks, and a state whose governor has long been critical of Merkel’s welcoming approach to refugees — pledged to hire hundreds of extra police officers and urged tougher background checks on asylum-seekers as they presented an anti-terror plan following the four attacks.

Merkel said of the plan that “there are a lot of things on which we agree.”