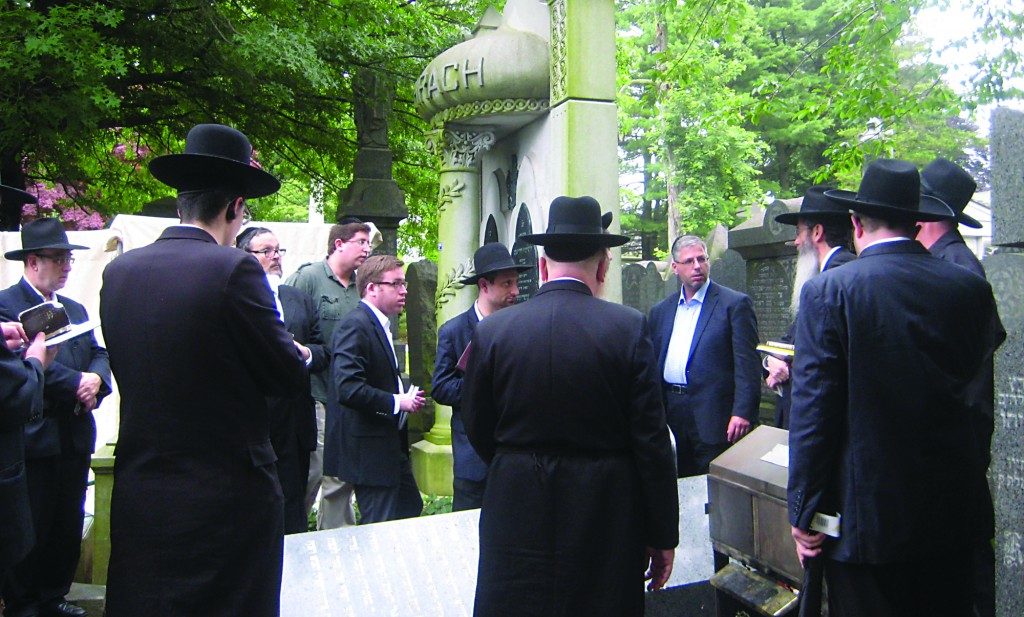 The 114th yahrtzeit of Harav Yaakov Joseph, zt”l, Rav Hakollel of New York City, will be observed this Shabbos Parashas Pinchos, 24 Tammuz. On Erev Shabbos and Sunday, hundreds are expected to converge on Union Field Cemetery in the Ridgewood section of Queens to visit his tziyun. Harav Joseph, who had served as Dayan in Vilna, arrived in New York City in 5648/1888 to become the first Rav Hakollel, or Chief Rabbi, of New York. On the day of the yahrtzeit, Yidden representing various communities in the New York area and beyond come to the tziyun to be mispallel. These visits reflect Klal Yisrael’s appreciation for the Rav’s efforts and accomplishments in strengthening Yiddishkeit in this country. Visitors are also mispallel for siyatta diShmaya and rachamei Shamayim in these difficult times, both on the communal and individual level. Many have reported experiencing yeshuos after davening there. Rav Joseph’s kever draws visitors throughout the year as well. The address of the cemetery is 8211 Cypress Ave, Ridgewood, NY 11385.