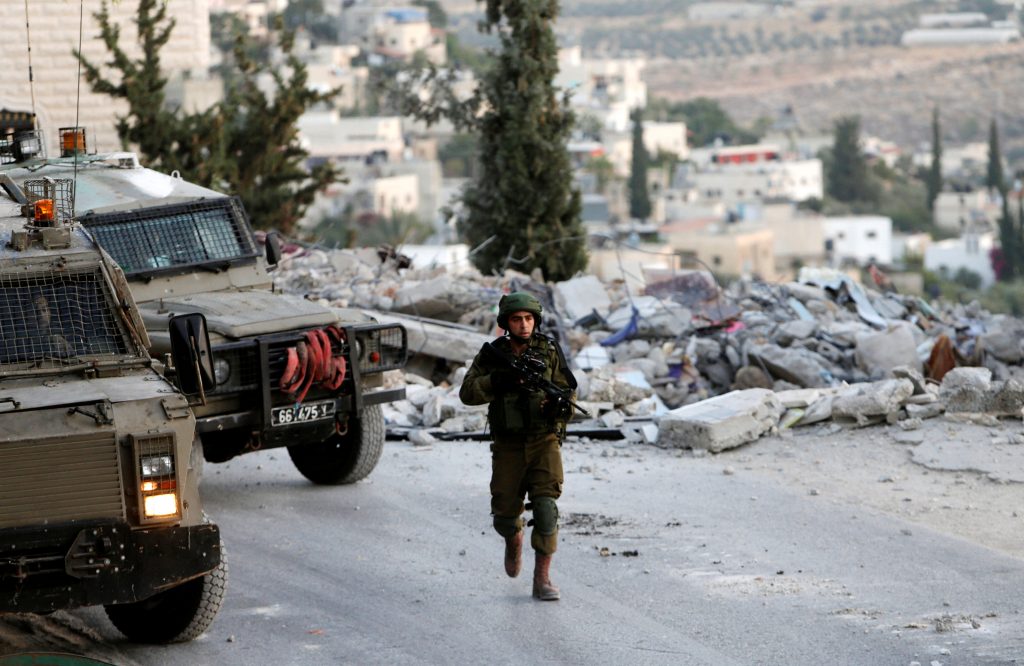 After a long night of battle between IDF soldiers and terrorists in the village of Tzurif, near Chevron, residents and officials breathed a sigh of relief at the elimination of one of the terrorists who murdered Rabbi Michael Mark, Hy”d, but said that the situation was still out of control.

In a statement, members of the Mark family said that they “thanked the IDF and Shin Bet for working day and night to find the murderers of Rabbi Mark and eliminate them. We were shocked to hear that these Palestinian Authority terrorists were known to authorities, and had been in Israeli prisons and been released. We expect an appropriate reaction to this matter from authorities.”

Rabbi Mark was killed, and three other family members were injured, when the vehicle they were riding in crashed and flipped over after terrorists opened fire on it south of Chevron. Rabbi Mark, the administrator of the Hesder Yeshiva in Otniel, was on his way with his family to spend Shabbos with family members.

Killed in the lengthy battle in the Arab village was Muhammad el-Fakia , 29, a resident of Chevron, who was identified as one of the murderers. El-Fakia has been in jail in Israel in the past on numerous terror charges. IDF forces fought a pitched battle against the terrorists. They surrounded the house where el-Fakia was hiding, and destroyed it. To prevent a riot from developing, the IDF cut off electricity to the village. According to local sources, six terrorists were injured in the battle. No Israeli troops were hurt in the operation.

Several other members of the gang that attacked the Mark family had already been arrested, including Mahmad Majad Amair, a 38-year-old resident of Dura, along with Zahiv el-Fakia, brother of Muhammad, who helped the gang by providing them with weapons and hiding them afterwards. Like el-Fakia, other members of the gang had been in jail in Israel on terror charges and released.

According to the IDF, all the detainees belong to the Hamas terror group.

The car and weapons used in the attack were also found.

Commenting on the battle, Chevron Hills Regional Council director Yochai Damri praised the hard work “done with determination to reach the murderers. On the other hand, we cannot relax too much, knowing that the terrorists are out there. The elimination of this terrorist will not prevent the next murder. The nest of terrorists will continue to draw our blood unless much more drastic steps are taken against the terrorists, their family members and their assistants.”