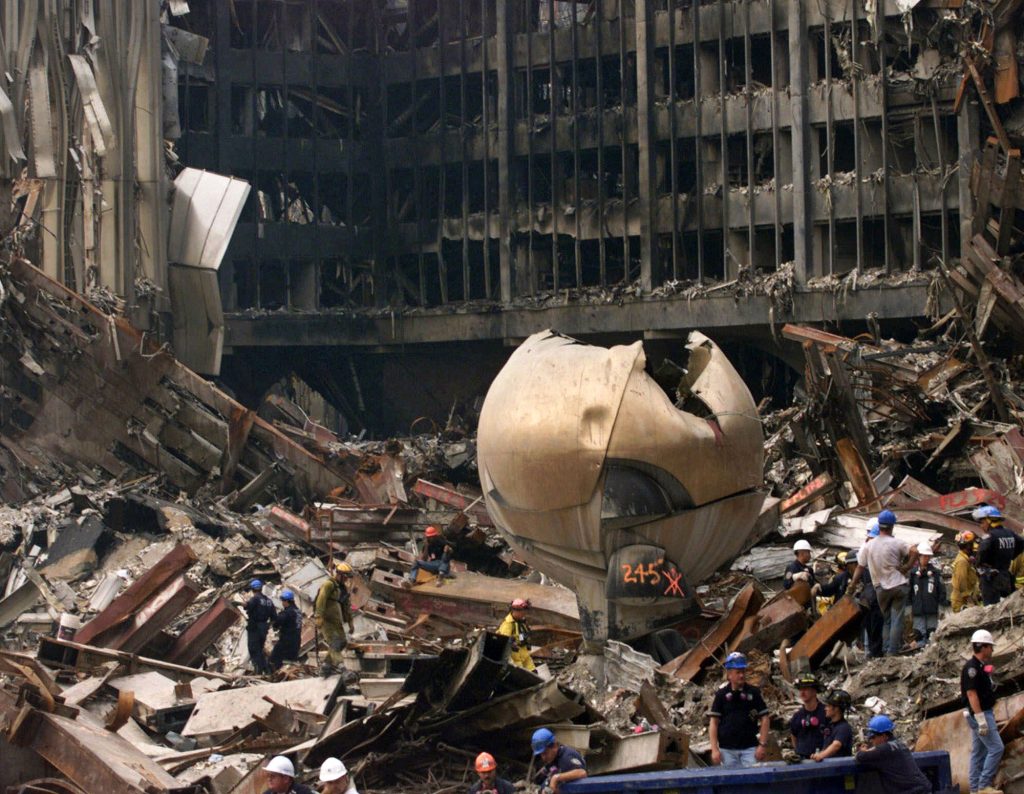 A 25-ton, bronze sphere ripped open by the collapsing World Trade Center is returning to a spot overlooking the rebuilt site.

The Port Authority on Thursday approved plans to move the Koenig Sphere from its temporary place in Battery Park at Manhattan’s southern tip. It will grace the new Liberty Park that opened last month, across the street from the 9/11 memorial plaza.

The sphere once stood at the heart of the trade center, between the two towers that were decimated in the Sept. 11, 2001, terror attacks.

German artist Fritz Koening had created the work commissioned by the Port Authority. It was dedicated in Battery Park in 2002, with an eternal flame honoring the more than 2,700 people killed on 9/11.

Thursday’s decision came after years of discussions with New Yorkers who wanted the sphere returned to its pre-9/11 location.

But with the reconstruction of the World Trade Center, the sphere could not return to its prior location “without adversely impacting the architectural design of the memorial plaza,” the Port Authority said in a statement.

Still, they added, 15 years after the attacks, the beloved work will serve “as a symbol of resilience and strength for workers, local residents and tourists.”