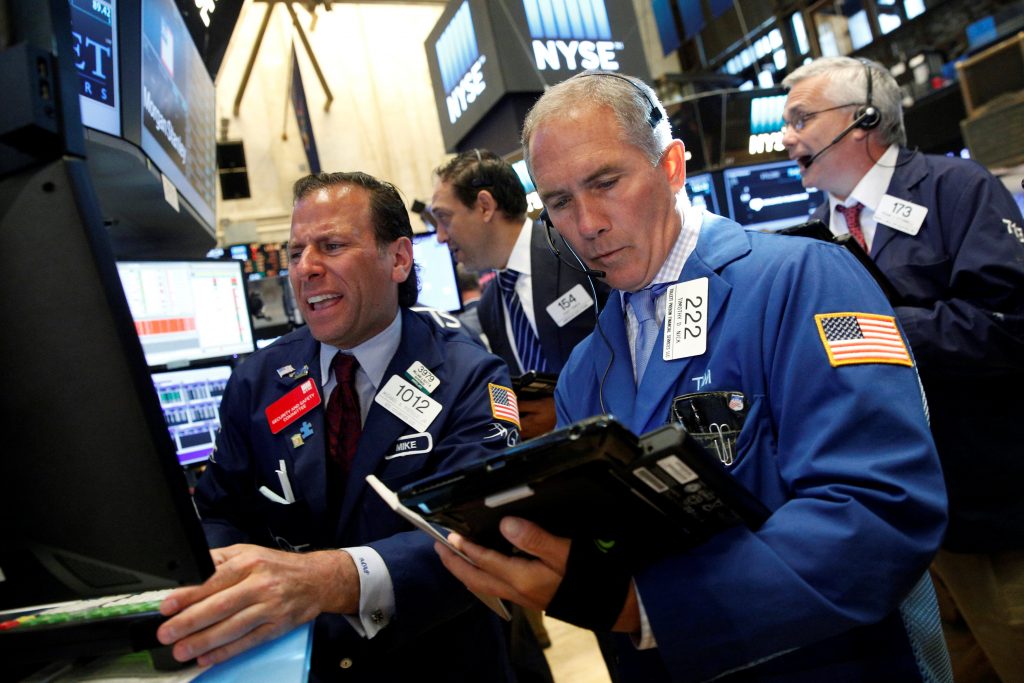 Stocks moved slightly lower in midday trading Tuesday, putting the market on track for its second loss in a row, as investors monitor corporate earnings from a range of companies including Gilead, McDonald’s and Texas Instruments.

EARNINGS SEASON: Wall Street is at the midst of its busiest week for corporate earnings this season, with 203 members of the S&P 500 reporting their results. So far, earnings have been better than what analysts had anticipated. Roughly 68 percent of all companies who have reported their results have beaten expectations, according to FactSet.

“You’ve seen better earnings, especially from companies that do a lot of business internationally,” said Kate Warne, investment strategist for Edward Jones. “It is part of what’s powered the market higher in July.”

CHARGED UP: Texas Instruments rose $4.01, or 6 percent, to $70.27 after the technology company’s quarterly results were better than anticipated. The company also issued a strong forecast for the third quarter.

SILICON VALLEY TO THE STAGE: This week is a big one for tech earnings. Apple and Twitter reported after the closing bell on Tuesday and Google, Amazon and Facebook release their results later this week. Apple shares were slightly lower, down 39 cents to $96.95. Analysts are expecting the technology juggernaut to report a profit of $1.40 a share for its fiscal third quarter.

SLOW FOOD: McDonald’s shares fell $5.55, or 4.4 percent, to $121.85 making it the biggest decliner in the Dow, after the company’s second-quarter earnings showed disappointing sales growth in the U.S.

UNHEALTHY: Drugmaker Gilead Sciences fell $7.31, or 8.3 percent, to $81.22 after the company cut its full-year sales. While the company saw sales gains in certain drugs, the company said it was facing pricing pressure and slower-than-expected demand for its most important drug Harvoni, which cures Hepatitis C, and its other Hep-C drugs like Solvaldi.

ENERGY: Benchmark U.S. crude fell another 27 cents to $42.86 a barrel on the New York Mercantile Exchange. Brent crude, used to price international oils, was down 3 cents to $44.71. The steady drop in oil prices in recent days has weighed on oil and commodity stocks.

CENTRAL BANK WATCH: The Federal Reserve will start its two-day policy meeting on Tuesday. Economists do not expect the nation’s central bank to raise interest rates from their current rate of 0.25 percent to 0.5 percent, but will be looking for any signals that policymakers are looking to raise rates later this year.