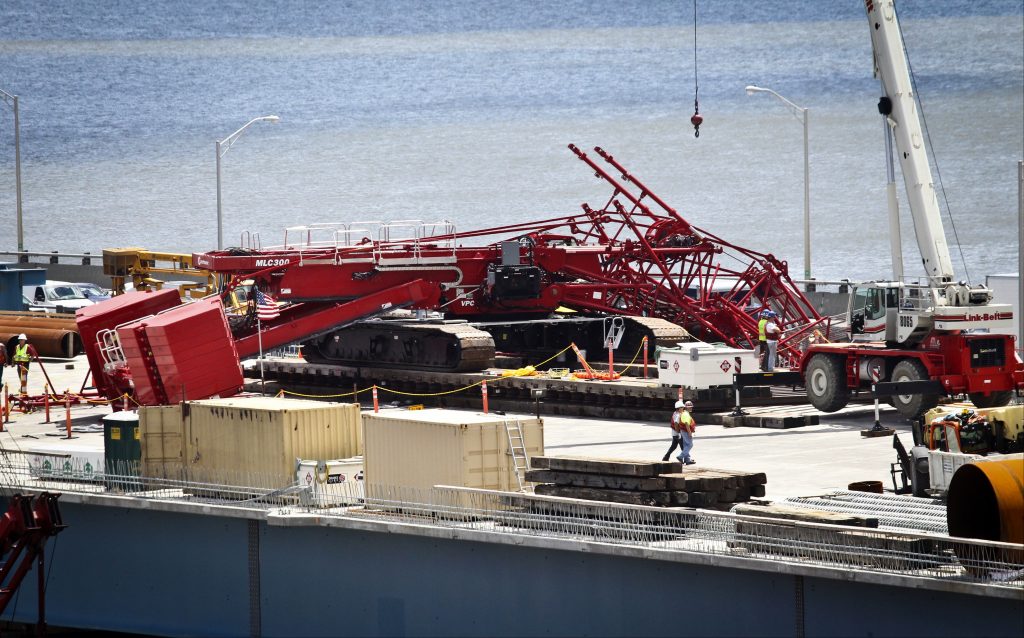 TARRYTOWN, N.Y. (AP) — A paramedic is being hailed as a hero for coming to the aid of a woman on a respirator who was just minutes away from death after a construction crane collapsed across the Tappan Zee Bridge north of New York City.

WCBS-TV reports that a medical van was carrying a 26-year-old woman Tuesday when a crane crashed across the bridge, shutting down Thruway traffic in both directions.

Ambulance company officials say the patient couldn’t breathe on her own, and the respirator was running out of power.

Paramedic Ailyea Langbaum drove her ambulance the wrong way toward the crane and reached the van on foot.

She hooked up a portable respirator to the patient. A friend of the woman says she likely would have died if it weren’t for Langbaum’s efforts.