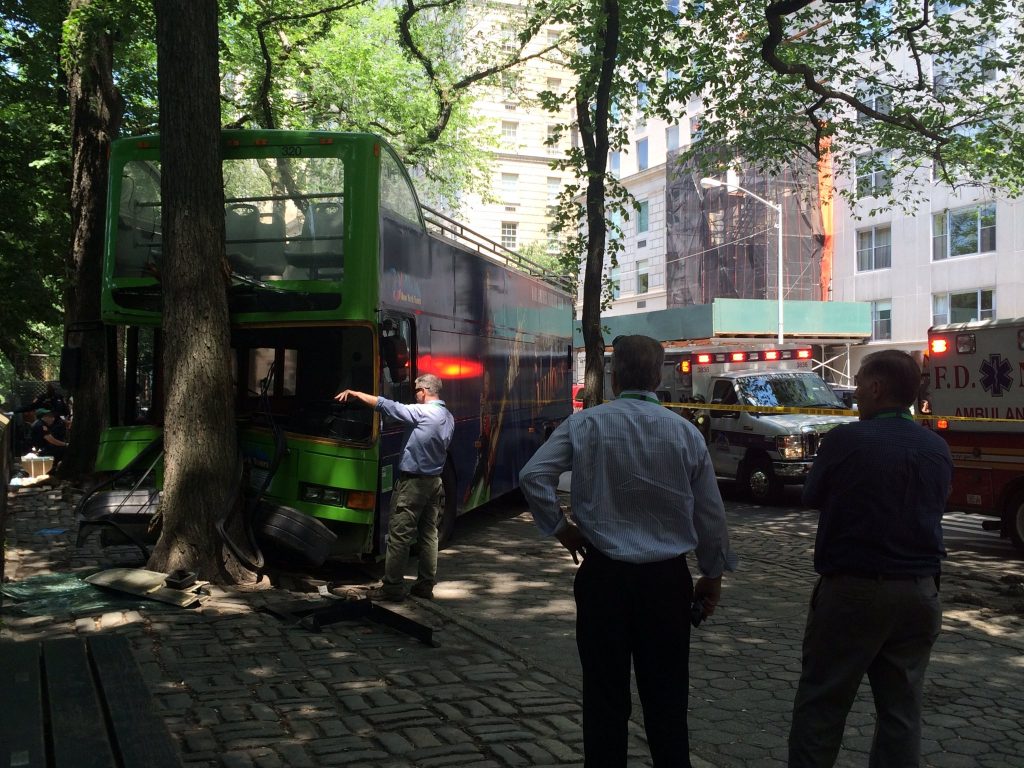 NEW YORK (AP) — Nine people were hurt when a double-decker tour bus swerved and jumped a curb near Central Park on Thursday.

Police say a taxi cut off the bus around 1:15 p.m., on Fifth Avenue between 62nd and 63rd streets. The open-top bus swerved onto the sidewalk and hit a tree. Police and Fire Department officials say none of the injuries appear to be life-threatening.