World The US Tried to Kill Erdogan, Says Editor-in-Chief of Turkish Daily
World 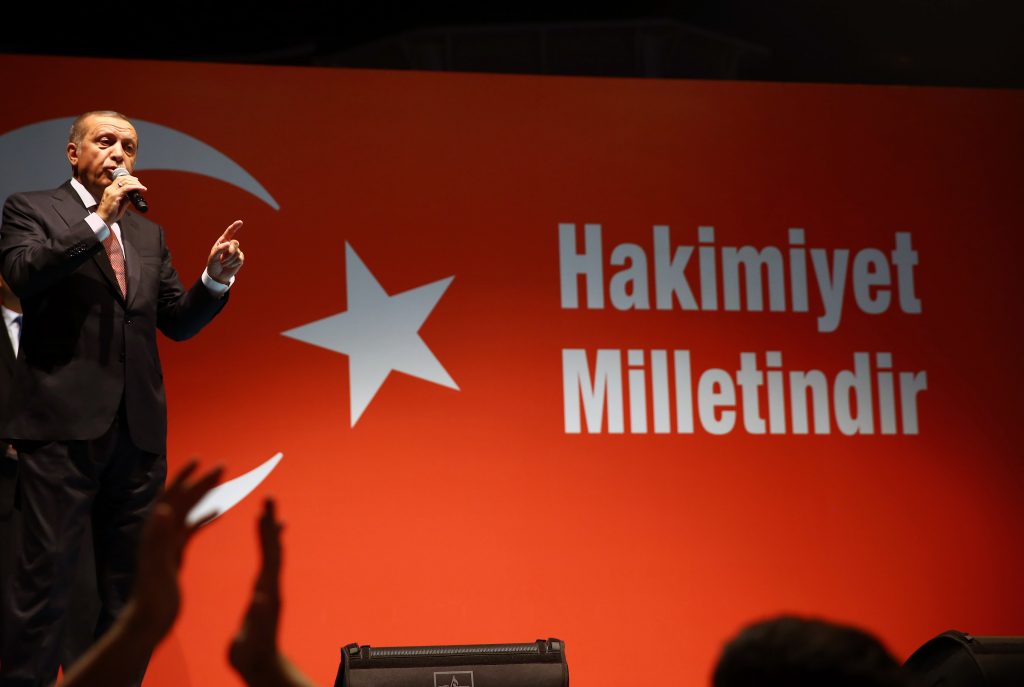 Ibrahim Karagul, editor-in-chief of Yeni Safak, a right-wing newspaper, pinned the putsch on Washington, which has given sanctuary to the controversial figure whose movement Turkish authorities claim was behind the attempted violent takeover of the state. The ongoing purge of thousands of members of the country’s military, judiciary and civil bureaucracy is ostensibly aimed at rooting out those linked to Fethullah Gulen, the aging Turkish cleric who lives in a compound in Pennsylvania.

“The U.S. administration planned a coup in Turkey through the Gülen terror organization and tried to cause a civil war, make our people kill each other,” wrote Karagul. “The U.S. is the one who planned and applied this coup attempt. Those generals, those traitors got all the instructions from Gülen and he conveyed the orders of those who planned the intervention.”

He goes on: “The U.S. administration which protects a terrorist organization should be declared as a country that supports terrorism. This country, which is still carrying out operations on Turkey through Gülen, directed its final attack especially on our country and rained bullets on our civilian people through Gülen’s terrorists.”

Karagul has a penchant for these sorts of hard-line tirades, but his rhetoric echoes the thinking of a certain constituency in Turkey. The Daily Sabah, the English edition of another pro-government newspaper, ran a more delicately worded poll on its Twitter account:

“Do you agree with allegations that US had directly or indirectly supported failed Gülenist coup attempt in Turkey?”

Erdogan, as well as other officials in his government, have called on Washington to investigate Gulen and his alleged network of conspirators. They have also indicated that they will likely request his extradition to Turkey.

It’s unclear how the U.S. will handle the situation, which now wholly shadows relations with a vital NATO ally. American officials have watched Erdogan’s increasingly authoritarian rule with a jaundiced eye and were joined by counterparts in Europe in expressing concern over the nature of his government’s crackdown in the wake of the coup.

A Monday statement from John Bass, the U.S. ambassador in Turkey, expressed unequivocal support for Turkey’s democratically elected government and said speculation that the U.S. somehow backed the coup “is harmful to the decades-long friendship between two great nations.”

As The Washington Post noted on the night of the coup, Erdogan’s government was angry with Washington’s relative inaction in 2013, when Egypt’s democratically elected Islamist government of President Mohamed Morsi was unseated by a military coup. There’s a reasonable line of thinking that had the coup succeeded in its attempt — and there’s increasing evidence that it almost did — Washington would have managed to go along with the outcome, given its earlier history of tacitly tolerating the meddling of the military.

Karagul sees it all as a breathless, historic battle: “If they succeeded, there were going to be cries of joy in the U.S. and Europe,” he wrote. “Because today, they are fighting with us like they fought in World War I. But once more their ships sank in the waters of the Dardanelles. They will always sink. They are never going to be able to intervene in the fate of this nation.”