Politics Did Melania Trump Use ‘Common Words’ or Plagiarize from Michelle Obama?
Politics 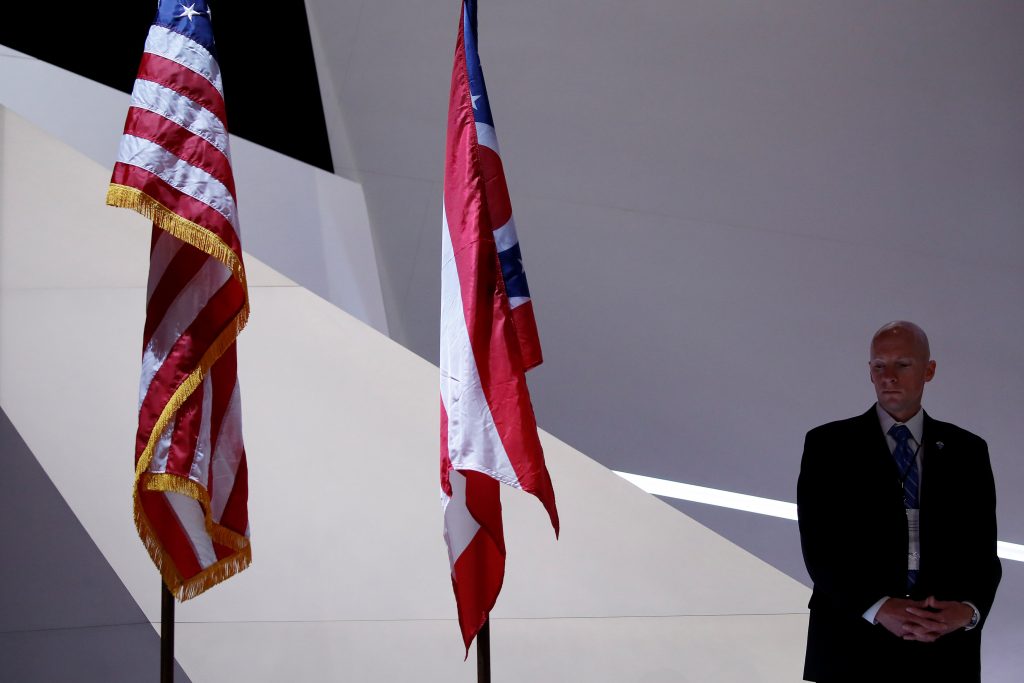 Melania Trump “hit it out of the park” during her speech Monday night talking about “common values,” Manafort told CNN’s Chris Cuomo on “New Day.” The candidate’s wife addressed thousands on the floor of the Republican National Convention in Cleveland, and reporters noted that a passage in her speech repeated several phrases from Michelle Obama’s 2008 convention speech in Denver.

But Manafort denied there was any plagiarism at all.

Melania Trump discussed the values her parents raised her with in her convention speech: “From a young age, my parents impressed on me the values that you work hard for what you want in life, that your word is your bond and you do what you say and keep your promise, that you treat people with respect.”

The words were almost identical to ones in Michelle Obama’s speech in 2008: “And Barack and I were raised with so many of the same values: that you work hard for what you want in life; that your word is your bond and you do what you say you’re going to do; that you treat people with dignity and respect, even if you don’t know them, and even if you don’t agree with them.”

Trump’s speech also mirrored Obama’s in the next passage. Trump said Monday that “we need to pass those lessons on to the many generations to follow. Because we want our children in this nation to know that the only limit to your achievements is the strength of your dreams and your willingness to work for them.”

Obama made a similar call in her speech “to pass them on to the next generation. Because we want our children, and all children in this nation, to know that the only limit to the height of your achievements is the reach of your dreams and your willingness to work for them.”

The Trump campaign released a statement after Melania Trump’s speech when outlets reported on the similar passages but did not address the charges of plagiarism.

“In writing her beautiful speech, Melania’s team of writers took notes on her life’s inspirations, and in some instances included fragments that reflected her own thinking. Melania’s immigrant experience and love for America shone through in her speech, which made it such a success,” wrote senior communications adviser Jason Miller in a statement.

Melania had said earlier Monday in an NBC interview that she “wrote (the speech) with as little help as possible.”

On Tuesday, Cuomo pointed out the “strikingly similar” language that Melania Trump used in her speech Monday night, and alluded to a similar controversy in 2008 over Barack Obama’s use of words that former Gov. Deval Patrick of Massachusetts had written instead. Obama’s primary rival at the time, Hillary Clinton, had accused him of plagiarizing Patrick’s words.

“He did do it, that’s correct,” Manafort said.

But, Cuomo asked, how was Melania’s use of Michelle Obama’s words different?

“What she did was use words that are common words,” Manafort said. “To think she would do something like that knowing how scrutinized her speech was going to be is really absurd.”

He also suggested that claims Melania Trump plagiarized her speech might be an overreaction from the left: “When a woman threatens Hillary Clinton, she seeks to demean her.”