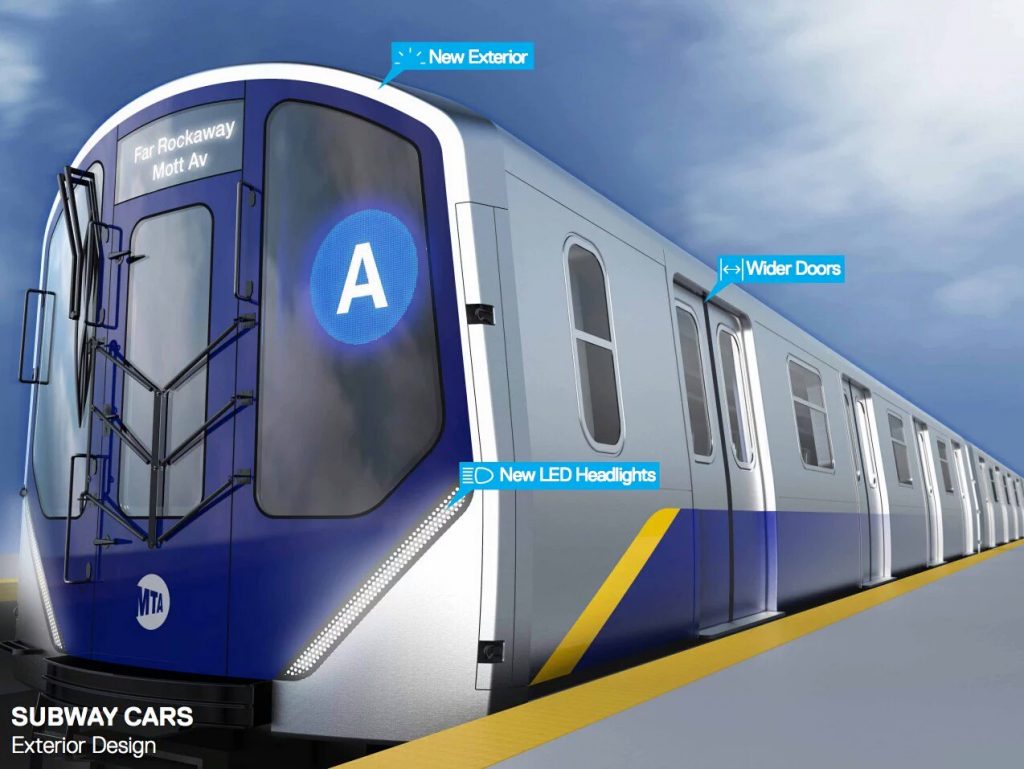 New subway cars with wider doors, Wi-Fi and phone charging stations are coming to New York City, though questions remain about how the state plans to help pay for them.

“It is the largest amount of money ever invested in the MTA capital plan, period,” the Democrat said at the event, held at the Transit Museum in Brooklyn. “The money is there. The funding is there.”

The MTA plans to begin the contract bidding process later this week for 1,025 new subway cars. Entrances will be eight inches wider, and up to 750 will have ‘open car’ designs that link cars with accordion connectors instead of typical doors. They will also have USB charges, Wi-Fi service and digital route maps and advertisements.

Additionally, 31 subway stations throughout the city will be renovated with enhanced lighting, more signs and maps, as well as countdown clocks, improved cellphone connectivity, charging stations and Wi-Fi. The first three stations to be overhauled will be in Brooklyn — on Prospect Avenue, 53rd Street and Bay Ridge Avenue.

But while officials have highlighted renderings of the new subway cars, the money behind the upgrades is still unclear. Cuomo has committed to spending $8.3 billion in state money on the plan, but only $1 billion has been allocated, so far.