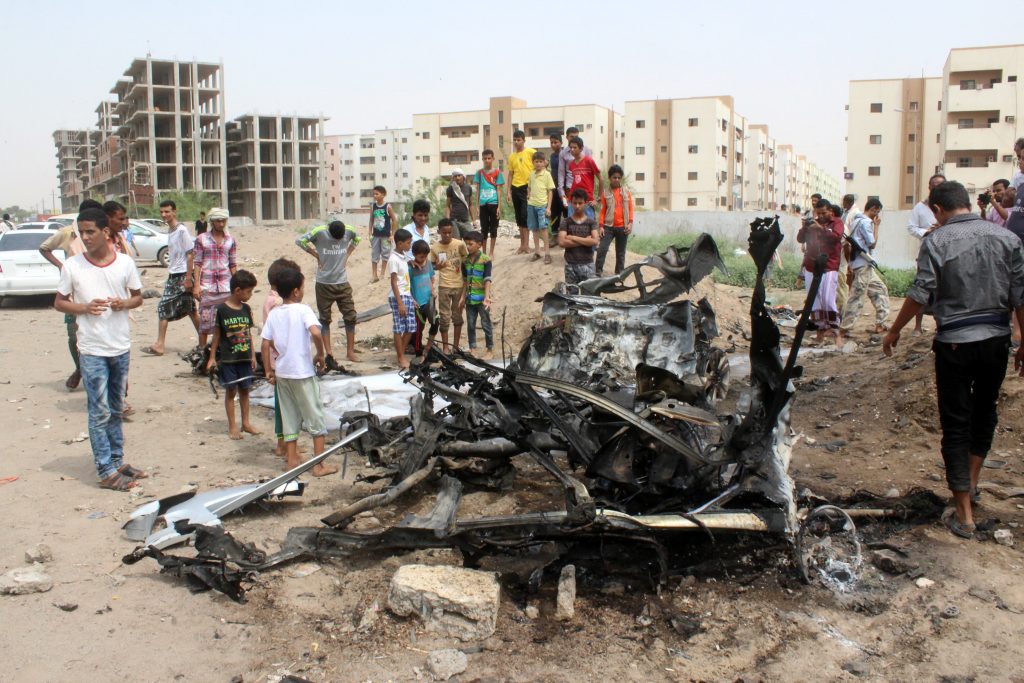 The governor of the southern Yemeni city of Aden survived a car bomb attack targeting his convoy on Friday, security officials and eyewitnesses said. A parked car detonated as Aidaroos al-Zubaidi and vehicles carrying his bodyguards and retinue drove in the Inma area.

One soldier was injured, medics said. There was no immediate claim of responsibility.

A civil war has raged for over a year in the impoverished Arabian Peninsula nation, and security chaos has gripped the port city – temporary seat of Yemen’s embattled government.

Zubaidi was appointed governor of Aden after his predecessor was killed in a car bombing on Dec. 6, claimed by Islamic State, the latest attack by the new Yemen branch of the terror group against government targets.

Assassins have tried several times before to kill him in car bomb blasts.

Islamic State has stepped up operations since the outbreak of civil war in Yemen, emerging as a forceful rival to al-Qaida in the Arabian Peninsula (AQAP), the main terror group in the country in recent years.

A mostly Gulf Arab alliance led by Saudi Arabia intervened in Yemen’s civil war on March 26 to support the government and fight the Houthi movement, which it accuses of being a proxy for its regional archrival Iran.