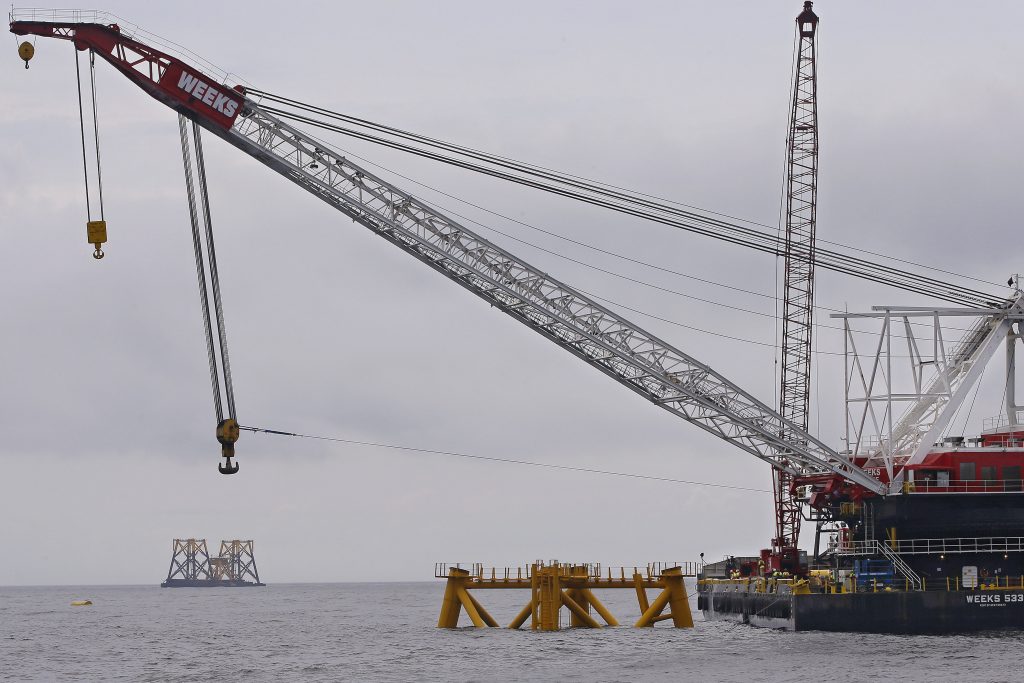 A New York utility plans to construct a wind farm off eastern Long Island that would be the nation’s largest offshore wind energy project, three times larger than one due to go online this year off Rhode Island.

The Long Island Power Authority’s Board of Directors is expected to approve the proposed 90-megawatt, 15-turbine wind farm east of Montauk at a meeting next Wednesday, the utility’s chief executive officer, Thomas Falcone, told The Associated Press.

The U.S. lags behind Europe and others in development of offshore wind energy. Many wind farms in Europe are already producing hundreds of megawatts of power. The U.S. has seen other proposals for big offshore wind farms, but none have yet come to fruition.

“This is the first in New York, it’s the largest to date, but we’re looking at this and seeing a tremendous offshore wind resource that will be developed, and it’s not the last,” Falcone said in an interview with the AP on Wednesday. “I think this is a very big step … for New York, but also for the United States.”

Exact financial terms between LIPA and Deepwater Wind still need to be negotiated, Falcone said, but he expressed optimism an agreement could be reached by early 2017. Falcone said because the Long Island project is to be located in the same federally approved waters as the Rhode Island wind farm, he expected construction could be expedited and power could be reaching Long Island customers by the end of 2022.

The project is one of a number being considered in the Atlantic Ocean, but it will be the next to be constructed, Falcone said.

“There’s already construction going on there,” he said. “It’s in the same area.”

The turbines would be placed about 30 miles offshore, putting them over the horizon and out of view of land.

The project would produce enough energy to power approximately 50,000 homes in the Hamptons. Deepwater’s proposal also includes plans to build two new battery-energy storage facilities. The facilities will consist of lithium-ion battery technology designed and installed by General Electric; they will be used when LIPA is facing peak demand for electricity.

“Not only will the project reduce air pollution emissions on Long Island, but it’ll also defer the need to build costly new power plants and transmission systems on the South Fork,” Deepwater Wind CEO Jeffrey Grybowski said when announcing the proposal last year.

Federal officials announced earlier this year plans to auction the rights to build a wind farm on a 127-sq.-mile wedge, 11 miles south of Long Island’s popular Jones Beach. That project, which has the backing of New York State officials, still faces regulatory and other hurdles before it can proceed.