World Assad: Putin Has Not Talked About Political Transition
World 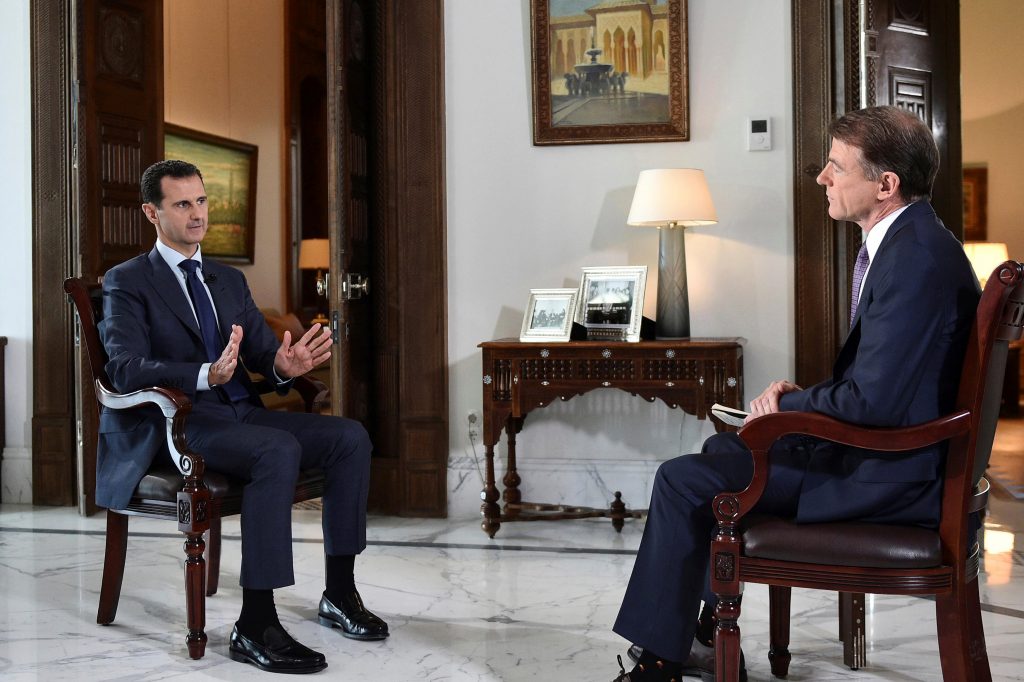 Syrian President Bashar al-Assad said in an interview broadcast on Thursday that Russian President Vladimir Putin has never talked to him about leaving power, despite pressure from Washington for Assad to step down.

“They never said a single word regarding this,” Assad told NBC News when asked whether Putin or Russian Foreign Minister Sergei Lavrov had talked to him about a political transition in Syria, where a civil war has raged since 2011.

Assad also said he is not concerned that Putin and U.S. Secretary of State John Kerry, who travels to Moscow on Thursday, will make a deal that would force him from power.

“Because their politics, I mean, the Russian politics, is not based on making deals. It’s based on values,” Assad said.

Russia has been a major ally of Assad, while the United States, which backs rebels seeking to overthrow Assad, has called for him to leave power.

Kerry heads to Moscow seeking greater Russian cooperation in the war against Islamic State militants in Syria, but he faces strong opposition from U.S. defense and intelligence officials who argue that Washington and Moscow have diametrically opposed objectives in the country.