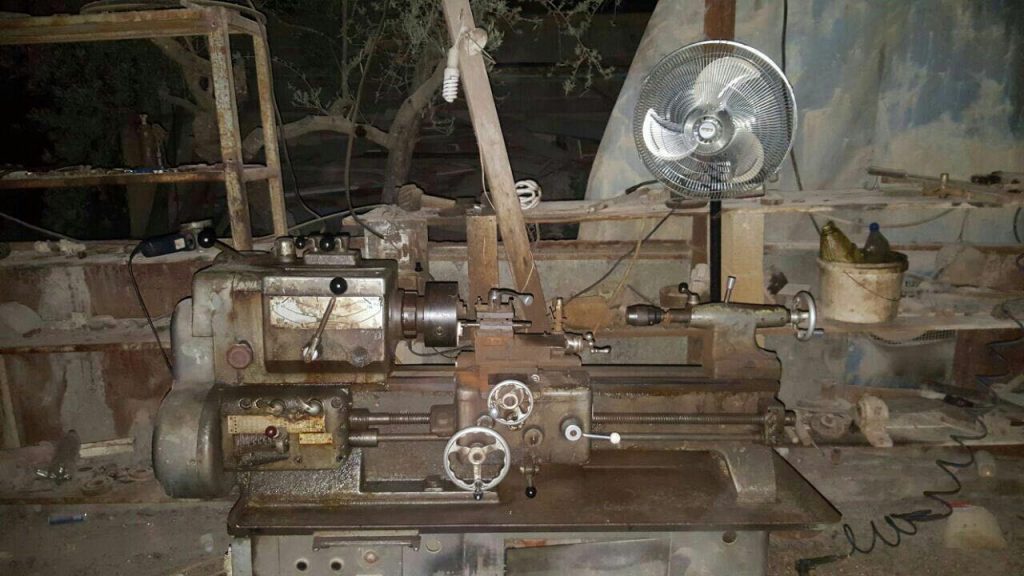 Israel security forces arrested four Palestinian men on Sunday night, including two members of the Palestinian security service, who are believed to be involved in the production and sale of illegal weapons in Yehudah and Shomron and in Israel proper, news the Shin Bet security agency cleared for publication Monday morning.

The raid was a joint operation conducted by the Shin Bet, the IDF’s Shomron Regional Brigade, the Nachal Infantry Brigade, the undercover Duvdevan Unit and the Israel Police’s Shomron Division.

Numerous guns, ammunition and four drill presses, believed to have been used to create improvised weapons, were also seized in the raid, in the Arab village of Urif, just south of Shechem, the Shin Bet said.

In addition to the locally produced Carlo submachine guns, the forces also found pistols and components of M-16 rifles.

The assessment of the Shin Bet is that the men took advantage of their connections to also sell the weapons to arms dealers in Israel.

Overnight Sunday, security officials said they arrested 7 wanted security suspects in other areas in Yehudah and Shomron. Six of the suspects were wanted for participating in rioting and throwing stones that endangered Israeli civilians and IDF soldiers. The other was arrested for undisclosed reasons. All were being questioned on their activities by security forces, the IDF said.

The IDF is still conducting a manhunt in the Gush Etzion region for the terrorist who opened fire at an Israeli car on Motzoei Shabbos, lightly wounding one man.