Business OPINION: Your Coworkers Will Manage Just Fine If You Take a Vacation
Business 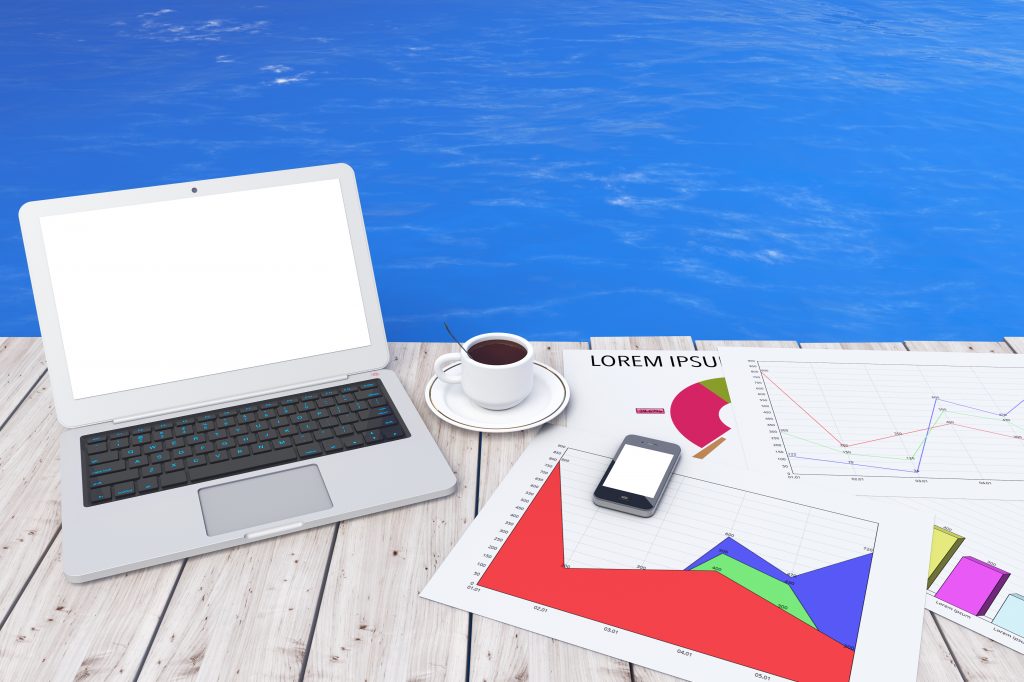 Making plans for summer vacation? You’re probably wondering whether you’re too busy to take a week off from work. Maybe you’re thinking that you can, but only if you’re headed to a resort that has Wi-Fi. The prospect of being away from the office likely makes you a bit jittery. After all, how will they get along without you?

You’re not the first person to consider what not to pack to make room for your laptop. We convince ourselves that our work contributions are so absolutely essential that our organization will fall apart at the seams if we go off the grid, no matter the interruption to our personal lives, much less the disagreeable impact on our colleagues.

It’s the indispensability syndrome: A fallacious emotional urge rooted deep in our desire to be wanted and needed. Our fragile psyches are at work here. We feel threatened by the realization that our work-world can continue without us. It’s a perfectly natural feeling, but it comes at high cost.

Common justifications for such an inflated sense of self-importance are multilayered, ranging from “it’s my responsibility,” to believing you’re the “only person qualified” to handle a particular project or task.

Certainly our contributions at work are valuable. But why don’t we apply the same thinking to our families? What makes us think our colleagues can’t function without us, but our families can? Why are we so unwilling to power down once in a while?

One executive I worked with had been promoted to partner at a mid-sized government consultancy two years ago. Only 35, his ambition and work ethic propelled him quickly through the ranks. He was known as a perfectionist whose work reflected the very highest standards. His new role meant that he oversaw several major accounts. He was also responsible for the professional development of associates reporting to him.

The firm required all partners to take a two-week sabbatical every two years. The idea was to step back from the everyday grind and come back rested and recharged with innovative ideas about how to advance the company’s practice. Associates were expected to be prepared to assume all responsibilities during a partner’s absence.

But during his sabbatical, this young partner endlessly perseverated on how things were progressing. He e-mailed and texted his associates multiple times daily and directly contacted clients for updates — even though doing so was explicitly prohibited by firm policy. He just couldn’t help himself.

The result: Four of his 10 associates requested transfers. They’d seen how well the sabbatical program worked for others, and resented being robbed of an opportunity to expand their skill sets and build relationships with clients and other partners. They made his behavior known to the managing director, and he was sternly warned by the management committee that his behavior was unacceptable and would negatively impact his annual performance review, which determined bonuses and promotions. He learned the hard way that he wasn’t indispensable.

There’s a psychological bulwark to the indispensability syndrome. Not only do many of us inflate our view of our own significance, we also worry that our talent isn’t as critical as we have presented it to our colleagues, or ourselves. At some level we’re also terrified that, if away, someone will figure that out. We fear that we will lose our jobs if we’re not available all day, every day.

According to a 2013 survey by the American Psychological Association’s Center for Organizational Excellence, more than half of all employed adults say they check work messages at least once a day over the weekend, before or after work during the week, and even when they are home sick. More than 40 percent reported doing the same while on vacation. Keep in mind that this was for a broad sample of the workforce. The results would likely be amplified if focused on supervisors and executives.

When asked how uncomfortable they’d be if they had no contact with their organizations whatsoever for two weeks, 72 percent said “very” and 20 percent replied “somewhat.” Only 8 percent responded that they could part for a while with no worries.

Those are stark figures.

Part of this is human nature — humankind didn’t progress via sloth. We need human interaction — work relationships affirm us and provide physical and emotional protection. We’re atavistically aware that both of these require us to add our fair share or more.

And part of this can be traced to technology. Thirty-six percent of employed Americans said communication technology increases their workload, makes it more difficult to stop thinking about work or take a break from work, the APA survey reported. That number would likely be higher if only supervisors and executives were counted.

The effects of this behavior are bad for us and our colleagues. If we distort our own importance, we reduce the value of others. In doing so we smother the people who work for and with us, rather than helping them stand on their own. That isn’t leadership.

A leader’s absence is an opportunity for colleagues to take a measure of their own skills. Empowered workers bring new energy, different perspectives and new experiences. To be sure, there’s a feeling of insecurity that comes with people succeeding at your exclusive role, but it can also be gratifying to see them succeed.

We’ve accomplished what we have for a reason, so there’s no reason to worry that our capabilities will be forgotten after a week or two of vacation. If we reconcile ourselves to the fact that we’re not quite as important as we think we are; that all of us need to decouple from work in order to replenish; and that our constant involvement is not always beneficial to colleagues, we’re more likely to take a vacation, and will, in turn, make a greater contribution at work upon our return.

James R. Bailey is professor and Hochberg Fellow of Leadership Development at the George Washington University School of Business.