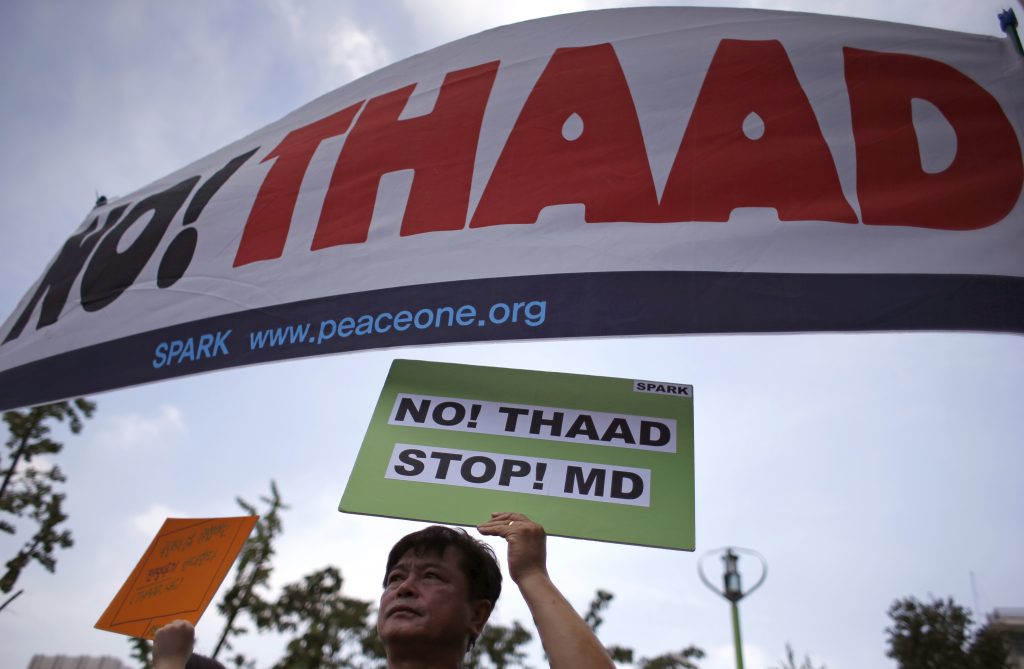 North Korea on Monday issued more threats against its enemies, this time unspecified “powerful” measures over a U.S. plan to deploy an advanced missile defense system in South Korea.

The North Korean military statement is filled with the kind of belligerent, over-the-top rhetoric common when Pyongyang sees an external threat. A direct military attack from Pyongyang’s large but impoverished military, which would probably finish the country’s authoritarian leadership after U.S. and South Korean retaliation, is highly unlikely.

North Korea has in the past, however, conducted cyberattacks on its enemies, Seoul says.

The North’s most recent threat, carried in state media, came three days after Seoul and Washington said they were close to determining a location in South Korea for the Terminal High-Altitude Area Defense, or THAAD, system to better deal with North Korean threats.

The North said it will take an unspecified “physical counteraction” as soon as the THAAD location is announced. The statement also carried one of the North’s favorite, oft-repeated threats: To turn Seoul into a “sea of fire.” This has been a regular warning since 1994. U.S. and South Korean officials say THAAD only targets North Korea, but China and Russia suspect it could also help U.S. radars to detect missiles from their countries.

South Korea’s President Park Geun-hye said Monday she agreed on the U.S. missile deployment because North Korea has openly threatened to launch nuclear and missile attacks on South Korea. She said the deployment does not target anyone else.

The two Koreas have been divided along the world’s most heavily fortified border since the 1950-53 Korean War. The United States stations about 28,500 soldiers in South Korea.