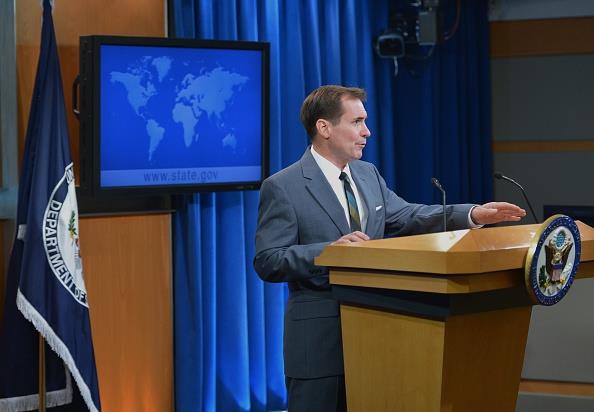 The State Department announced late Thursday that it was launching its own internal review of Hillary Clinton’s e-mail practices while she was the nation’s top diplomat.

The department’s inspector general has already conducted an investigation that found serious lapses in Clinton’s use of a private server and e-mail address during her tenure as secretary of State. But an administrative look into Clinton and her staff’s handling of classified information had been put on hold at the request of the Justice Department so as not to interfere with other investigations.

Now that the FBI has announced its findings, the State Department’s internal review can begin, said State Department spokesman John Kirby. He gave few details of the review and suggested that the public might not ever learn its outcome.

“Our goal will be to be as transparent as possible about our results, while complying with our various legal obligations,” Kirby said. “I’m not able to make commitments today one way or the other about what we will be able to disclose.”

Among the likely topics of such a review will be whether Clinton or her aides should have their security clearances revoked because they discussed classified information on an insecure computer system.

In congressional testimony Thursday, Comey declined to say what kind of sanctions he believed should be handed out to officials involved in sending those e-mails, but he suggested that the kinds of security breaches the FBI discovered in Clinton’s e-mail use would lead to termination at the FBI.

Earlier this week, Kirby said that the State Department has “an administrative process to evaluate cases where information may have been mishandled,” but he declined to outline specific penalties that could stem from such a review, though the lifting of a security clearance could be among them.

Clinton currently has a “top secret/special access program” clearance — the highest — which the State Department renewed in 2013, two years after she resigned as secretary of state, according to correspondence between the State Department and Congress. It is not known what clearances might be held by her senior aides, several of whom currently hold positions in her presidential campaign.

Revocation of a security clearance can have devastating consequences for government employees, but security experts said a Clinton victory in November could lessen the impact of any sanctions because the new administration could issue new security clearances.

How deep the internal review would reach was unclear, but Comey said he would not challenge an estimate offered at Thursday’s hearings that the e-mail chains in question involved hundreds of State Department employees.

In May, State Department Inspector General Steve Linick found that Clinton’s use of a private e-mail server was in violation of department policy. The independent watchdog also found fault with other practices, such as insufficient electronic record-keeping over the past two decades.

Kirby has acknowledged the problems, but disputes Comey’s portrayal of the State Department as having a laxer attitude toward security than other federal agencies.

“Look, our inspector general himself found that there were lapses and that not all appropriate practices were conducted,” Kirby said. What he takes issue with, he said, is the “broad assessment of the culture of the institution, which we do not share.”