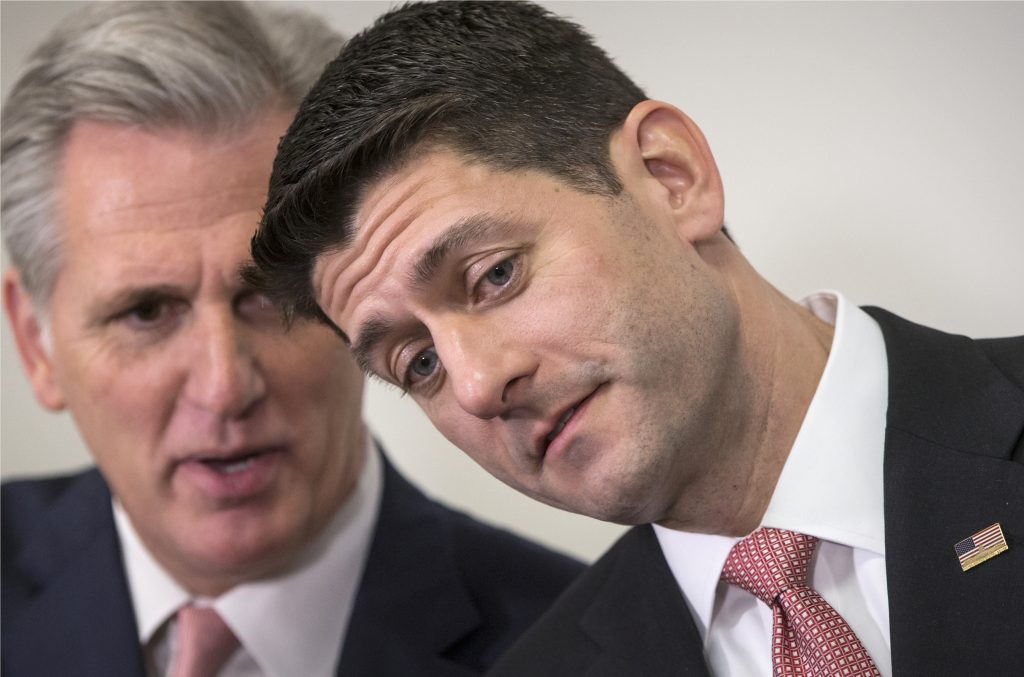 House Majority Leader Kevin McCarthy said Tuesday he and Speaker Paul D. Ryan are meeting with the sergeant-at-arms about what actions they may take after House Democrats violated chamber rules in late June during what the minority party dubbed a “sit-in.”

“We expect members of Congress to adhere to the rules and the decorum of what is expected by being on the floor,” McCarthy said at a morning press briefing. “This will not be tolerated.”

Democrats shot back at McCarthy’s suggestion of an investigation, accusing him of doing the bidding of the National Rifle Association.

“The lengths the House Republican leadership will go to follow the NRA’s marching orders know no bounds,” Drew Hammill, a spokesman for Minority Leader Nancy Pelosi of California, said in a statement.

The Republican leader revealed the meeting with the sergeant-at-arms after he was asked what entity might be reviewing videos and other media broadcast from the chamber during the nearly 26-hour siege.

He stopped short of saying what type of consequences Democrats might face for breaking several rules inside the chamber. That includes sitting in the well and using cellphones to record their actions.

Democrats remain unapologetic about breaking House rules during their impromptu protest inside the chamber. Around noon on June 22, they followed civil rights icon and Georgia Rep. John Lewis into the well of the floor and sat down. They began chanting “No Bill, No Break” to urge the GOP majority to vote on a gun control bill before leaving town.

Lewis and Rep. John Larson, D-Conn., are expected to meet privately with Ryan on Tuesday evening.

Republican leaders on Friday offered a gun measure supported by the NRA that would include a version of the “no fly, no buy” provision, but it did little to mollify Democratic leaders.