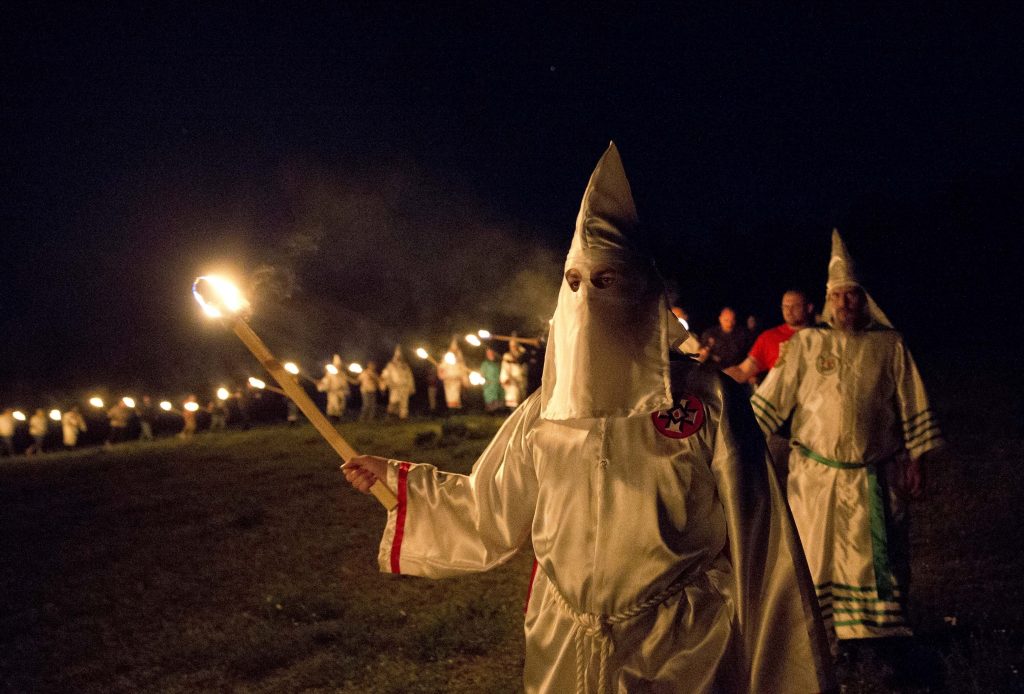 Georgia’s highest court on Tuesday let stand a lower court ruling saying the free speech rights of a Ku Klux Klan group were violated when the state denied the organization’s request to participate in a highway cleanup program.

In a unanimous decision, the Supreme Court of Georgia dismissed the state’s appeal of the lower court ruling on a technicality, saying the Georgia Department of Transportation failed to follow the correct procedures in filing its appeal. Because the appeal wasn’t filed correctly, the high court has no jurisdiction to consider the appeal, the opinion says.

The state attorney general’s office, which represents the department, is reviewing the decision and considering its options, spokesman Nicholas Genesi said in an email.

The north Georgia KKK group applied to join the state’s Adopt-A-Highway program in May 2012, hoping to pick up litter along part of Route 515 in the Appalachian Mountains. The program was started in 1989 to get volunteers to clean up sections of roads in the state. In exchange, the Department of Transportation posts a sponsorship sign along the road with the program logo and the volunteer group’s name.

The state Department of Transportation, which runs the program, denied the KKK group’s application, saying its program was aimed at “civic-minded organizations in good standing” and citing what it called the KKK’s “long-rooted history of civil disturbance” and the “potential for social unrest.”

The American Civil Liberties Union Foundation sued on behalf of the KKK group in September 2012, arguing that the state violated the group’s right to free speech.

Fulton County Superior Court Judge Shawn Ellen LaGrua agreed and ruled in the group’s favor in November 2014, saying the KKK’s group’s application was treated differently than others and that “viewpoint-based discrimination” is not allowed under the Georgia Constitution.

The state appealed to the Georgia Court of Appeals, arguing that the KKK group’s arguments were barred by the principle of sovereign immunity, which shields the state and state agencies from being sued in their official capacity unless the General Assembly waives that protection.

The Court of Appeals in November said it doesn’t have jurisdiction in cases involving the construction of the state or federal constitutions in which the constitutionality of a law, ordinance or constitutional provision is questioned. It transferred the case to the Georgia Supreme Court.

The Department of Transportation had no automatic right to appeal the judgment by a superior court regarding a decision by a state administrative agency and, therefore, would have had to file an application to appeal, the Supreme Court opinion says. The department failed to do that, leaving the high court without jurisdiction and with no choice but to dismiss the appeal, the opinion says.

Alan Begner, an attorney for the KKK group, said they are considering the ruling a victory, though he and his clients would have liked the Supreme Court to weigh in on the underlying issue of sovereign immunity in cases of constitutional challenges to government actions.