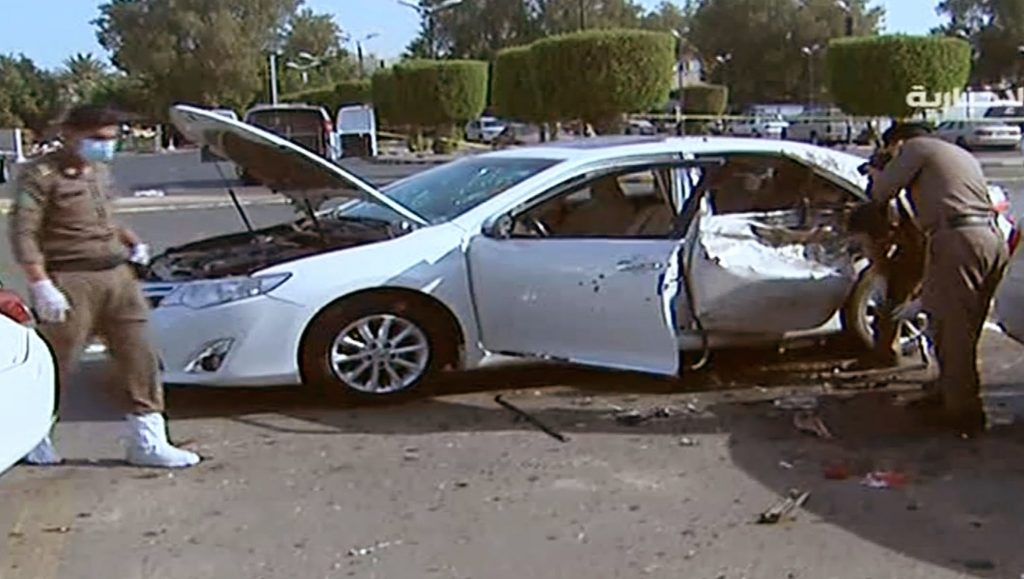 State-linked Saudi news websites reported an explosion Monday near one of Islam’s holiest sites in the city of Medina, as two suicide bombers struck in different cities without killing anyone.

Sabq news site reported the explosion, and other sites showed images of what appeared to be a fire outside one of the buildings overlooking the “Prophet’s Mosque”. It was not immediately clear if anyone was killed or wounded in the blast.

The sprawling mosque where the founder of Islam is buried, is visited by millions of Muslims from around the world each year during pilgrimages to Mecca. The area would have been packed with pilgrims for prayer during the final days of the Muslim month of Ramadan, which ends this week.

Also Monday evening, a suicide bomber and a car bomb exploded near a Shiite mosque in eastern Saudi Arabia, according to a resident there, several hours after another suicide bomber carried out an attack near the U.S. Consulate in the western city of Jiddah.

The possibility of coordinated, multiple attacks across different cities in Saudi Arabia on the same day underscores the threat the kingdom faces from terrorists who view the Western-allied Saudi monarchy as heretics and enemies of Islam. Saudi Arabia is part of the U.S.-led coalition fighting the Islamic State group in Iraq and Syria.

The attack in the eastern region of Qatif did not appear to cause any injuries, said resident Mohammed al-Nimr, whose brother is Nimr-al-Nimr, a prominent Saudi Shiite cleric executed in January. He told The Associated Press the bomber detonated his suicide vest when most residents of the neighborhood were at home breaking the daily Ramadan fast.

Qatif is heavily populated by Shiites, who are a minority in the Sunni-ruled kingdom. Al-Nimr said that near the body of a suicide bomber was a car bomb that also went off around the same time.

The IS group’s local affiliates in the kingdom have previously attacked Shiite places of worship, including an attack on a Shiite mosque in Qatif in May 2015 that killed 21 people.