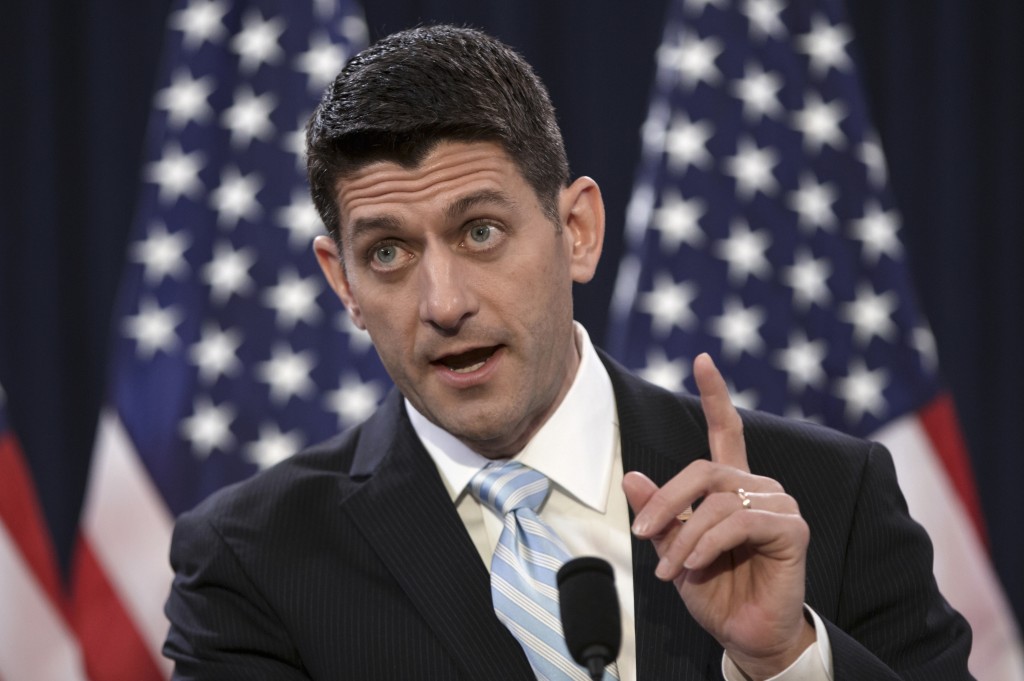 Democrats indicated that by itself, Ryan’s plan would not quell the partisan showdown that has intensified since the June 12 mass shooting in Orlando, Florida. Two Republicans said the House is expected to vote on legislation resembling a National Rifle Association-backed bill that the Senate rejected last week and was opposed by most Democrats.

Ryan called it “just common sense” to keep firearms from terrorists, but said it must be done while protecting the right to own guns, according to an official in the phone call. Ryan said Democrats were trying to change the focus of the debate about the Orlando killings from terrorism to guns “because they cannot stand on their terrorism record,” the official said.

The Orlando massacre, in which 49 victims died, was perpetrated by Omar Mateen. Killed by authorities during his siege, Mateen was an American who pledged allegiance to a leader of the Islamic State terror group, according to a transcript of his phone calls with officials during the shootings.

Last week, Democrats staged a nearly 26-hour sit-in on the House floor demanding votes on firearms curbs. With the House in recess this week, many held home-district events publicizing their effort.

Ryan’s office provided no details about the House bills.

Rep. Peter King, R-N.Y., said the House measure will be similar to one proposed by Sen. John Cornyn, R-Texas, that the Senate defeated. It would let authorities block gun sales to suspected extremists, but only if prosecutors could prove in court within three days that the would-be purchaser was likely involved in terrorism.

King said he was not on Ryan’s conference call, but a second Republican on that call described the speaker’s plans the same way.    King has sponsored the House version of a stronger bill by Sen. Dianne Feinstein, D-Calif., that the Senate killed. It would let the government block gun sales to suspected terrorists and allow an appeal by the would-be buyer after the transaction has been denied.

The officials described Ryan’s plans on condition of anonymity because they were not authorized to discuss the call publicly.