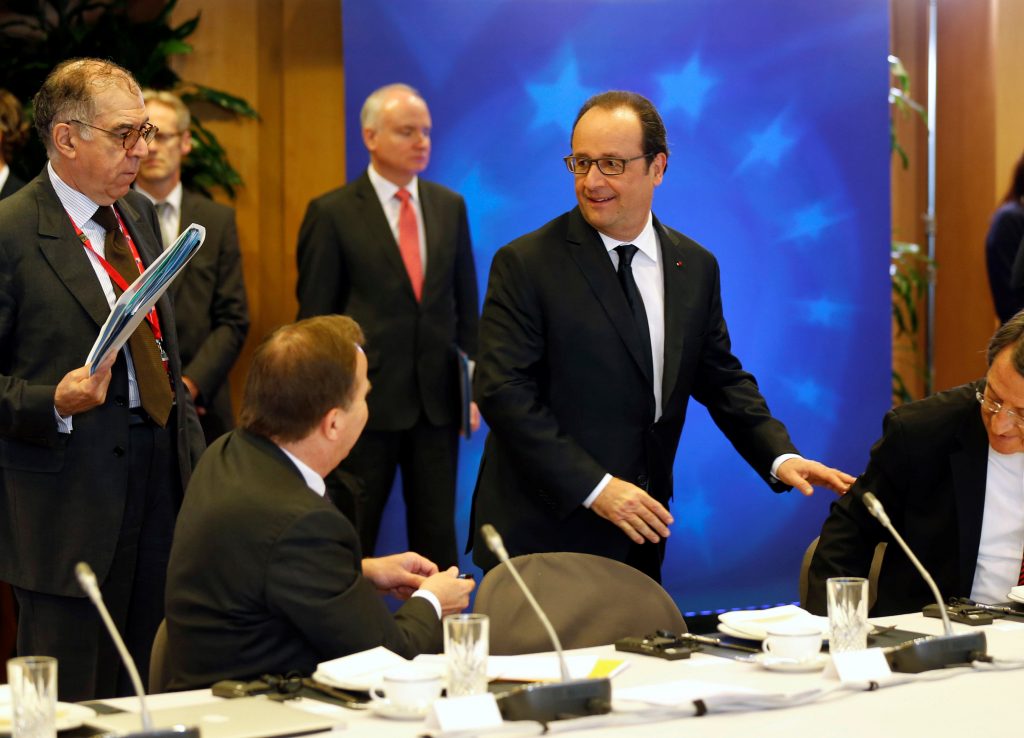 EU leaders met Wednesday without Britain for the first time to rethink their shaken union, make it more relevant to citizens and keep it from disintegrating after Britain’s unprecedented vote to leave — but conflicting visions of Europe’s future are complicating the high-stakes summit.

British Prime Minister David Cameron left Brussels on Tuesday night without any clear divorce plan, fending off pressure for a quick exit and punting the complex departure negotiations to his successor.

In Britain, nominations opened Wednesday for a new Conservative leader to replace him after his devastating political miscalculation in calling last week’s referendum.

With Britain’s fate in Europe uncertain, the 27 remaining presidents, chancellors and prime ministers meeting in Brussels are focusing Wednesday on what to do about the rest of the continent. There’s a widespread sense that the post-war project to foster peace via trade has become a bureaucratic, undemocratic behemoth with little meaning for its 500 million citizens.

“We all need to wake up and smell the coffee,” Lithuanian President Dalia Grybauskaite said.

“We have to show that Europe brings a real added value that can be felt by our fellow citizens,” Belgian’s Prime Minister Charles Michel said.

They all seem to agree that something must change after frustrations built up to the point that Britain quit, but disagree about how. The initial EU founding nations in the west lean toward a tighter, closer union while newer nations in the east want to keep more control with national governments — notably of their borders.

Other EU countries are now facing calls, especially from the nationalist far right, for referendums on quitting the bloc. Popular French far-right leader Marine Le Pen pressed unpopular President Francois Hollande in a weekend meeting for such a vote in France, but his government has rejected the idea.

The 27 remaining EU members are especially divided over how to deal with migration, a major issue in Britain’s vote last week. Central European nations led by Hungary refuse to accept imposed EU refugee quotas, and countries further north have all tightened border controls in response to the arrival of more than 1 million migrants last year.

Britain is more concerned about EU immigration, since its strong economy draws hundreds of thousands of workers from other EU nations.

Britain’s departure will also shift the balance of power within the EU, handing more weight to Germany’s Merkel and emboldening eastern countries such as Poland that want a greater voice in the EU. The bloc depends on consensus, so has long relied on trade-offs and compromise between countries with very different approaches to what they want out of Europe.

The shock the British vote caused has roiled markets and had impact on Europe and beyond, and overshadowed all the discussions Wednesday in Brussels, because it will rob the EU of its richest financial market, biggest military power and a diplomatic giant.

It could also prompt an unraveling of the U.K.

Scotland’s First Minister Nicola Sturgeon met Wednesday in Brussels with European Parliament President Martin Schulz and is meeting later with the leader of the EU executive, Commission President Jean-Claude Juncker. Scottish voters overwhelmingly chose to remain in the European Union but were drowned out by English voters. Sturgeon has indicated there may be a new referendum on Scottish independence.

“It was a good opportunity for me to set out Scotland’s position and Scotland’s desire to remain within the European Union and to protect our relationship with the European Union,” Sturgeon said after meeting Schulz, but added, “I don’t underestimate the challenges that lie ahead for us seeking to find a path.”

In London, nominations opened Wednesday to replace Cameron as leader of the Conservative Party, with Work and Pensions Secretary Stephen Crabb the first official contender. Former London Mayor Boris Johnson and Home Secretary Theresa May are also expected to run.

At Tuesday night’s summit dinner, EU leaders rejected Cameron’s pleas for favorable conditions for Britain once it leaves, insisting there would be no cherry-picking of advantageous trade conditions without respecting the free movement of people.

Merkel dismissed suggestions that Cameron’s successor might not start the formal EU withdrawal process because of the financial turmoil prompted by the vote and wide confusion about how to extract a country from the EU.

“I see no way to reverse it,” Merkel said. She said this is not the time for “wishful thinking.”