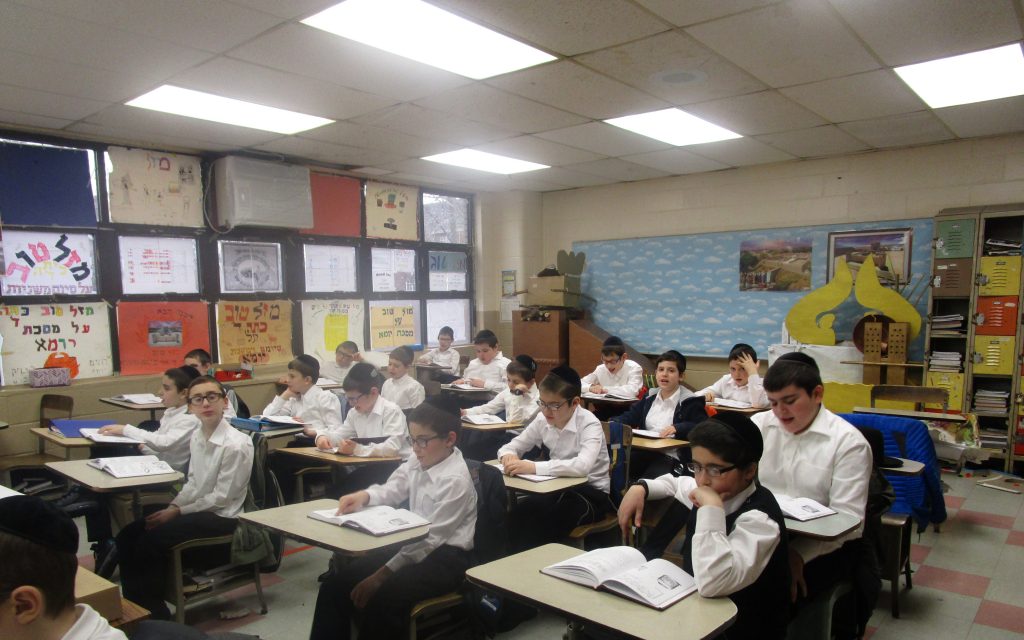 A class of fourth-graders visiting a U.S. Army base in Brooklyn last week performed what the Menahel of one of Boro Park’s oldest yeshivos called a kiddush Hashem the likes of which he hadn’t seen during his 40 years in chinuch.

Rabbi Yaakov Rawicki, the longtime Menahel of Yeshiva Tiferes Elimelech, said that he was “floored” when the secular studies teacher came to give him a “nachas report.”

The teacher, Mrs. Zieger, took her fourth-grade class last Monday on a tour of the U.S. Army base at Fort Hamilton. A guide showed them around the base, and then said he would show them a video of the base’s history. The entire class, to a boy, immediately covered their eyes.

The teacher tried coaxing the students, saying that she had gone over the video beforehand to make sure that there was nothing inappropriate in it. She assured them that the film was fine to watch.

The approximately 30 boys did not relent.

“We signed a ‘Kedoshim Tehiyu’ [form] that we are not going to look at anything shown on the internet,” they told Mrs. Rieger. “And this is shown on a computer that has the internet.”

The teacher then approached the officer who prepared the video, and it was only after he guaranteed to the children that the DVD was shown on a player — and not on a computer — that they agreed to watch it.

“I was floored!” said Rabbi Rawicki. “The gevurah of a child to resist [and say], ‘I am not interested in watching this.’ They were so attentive and so interested until then, and all of a sudden — like the switch went off.”

The beloved Menahel said over his long career he has heard of talmidim resisting pressures or similar challenges. But what happened last week stands out.

“People say this can’t be done,” Rabbi Rawicki said. “But we are not a chassidishe yeshivah that we can just say we are not going to touch this. We are a typical American yeshivah.”