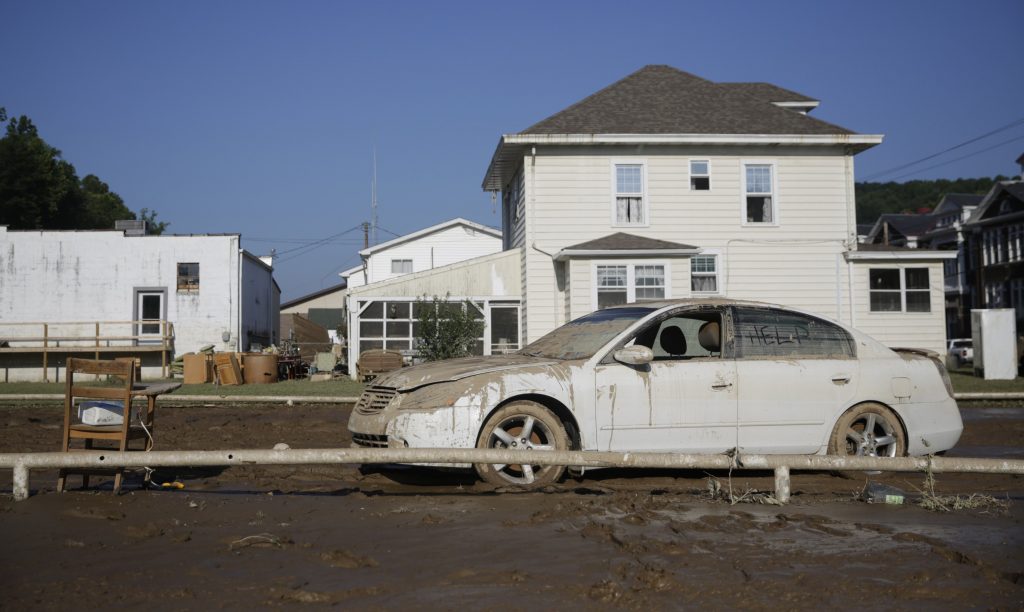 National Guard teams removed debris Monday as authorities in West Virginia prepared for another round of storms in the rain-soaked state where floodwaters have killed at least 25 people in the past week.

West Virginia Emergency Management Agency spokesman Tim Rock said “everybody’s just keeping an eye on the sky” as search and rescue teams continue to check whether everyone is accounted for.

More heavy rains are predicted later in the day. More than 20 counties, most in the southern part of the state, are under a flash flood watch. The National Weather Service warned that downpours were possible in many areas already ravaged by flooding, including Kanawha and Nicholas counties. The forecast also included hardest-hit Greenbrier county, where 17 people have died and floodwaters have yet to recede.

Teams from the Federal Emergency Management Agency are taking stock of the damage and National Guard crews are removing debris, he said.

Rock said recovery teams plan to work as much as possible but may pull back if storms intensify.

As the next round of storms arrive, many residents are still trying to come to grips with ruined property and where they’ll live next.

Authorities have yet to start sizing up the flood damage in West Virginia. But it is drawing comparisons to November 1985 floods that remain the state’s most expensive natural disaster with more than $570 million in damage.

The 1985 floods left 47 dead in West Virginia, more than half of them in Pendleton and Grant counties. The Potomac River at Paw Paw crested 29 feet above flood stage. More than 3,500 homes, 180 businesses and 43 bridges statewide were destroyed. Twenty-nine counties were declared federal disaster areas.

“This is the worst I’ve ever seen,” said Fayette County Sheriff’s Sgt. Bill Mooney, who served in the National Guard during massive floods in 2000-01. “Nobody expected 7 inches [of rain] in three hours.”

About 18,000 homes and businesses remained without power Sunday. It marked the first day people can apply for Federal Emergency Management Agency aid in Greenbrier, Kanawha and Nicholas counties.

President Barack Obama’s signature Saturday on the federal disaster declaration lets residents in the three counties get aid for temporary housing and home repairs, receive low-cost loans to cover uninsured property losses, and qualify for other assistance for individuals and business owners. Federal money to help the state and local governments is also available on a cost-sharing basis. FEMA officials were in the state to begin assessing the damage to infrastructure, homes and other property.