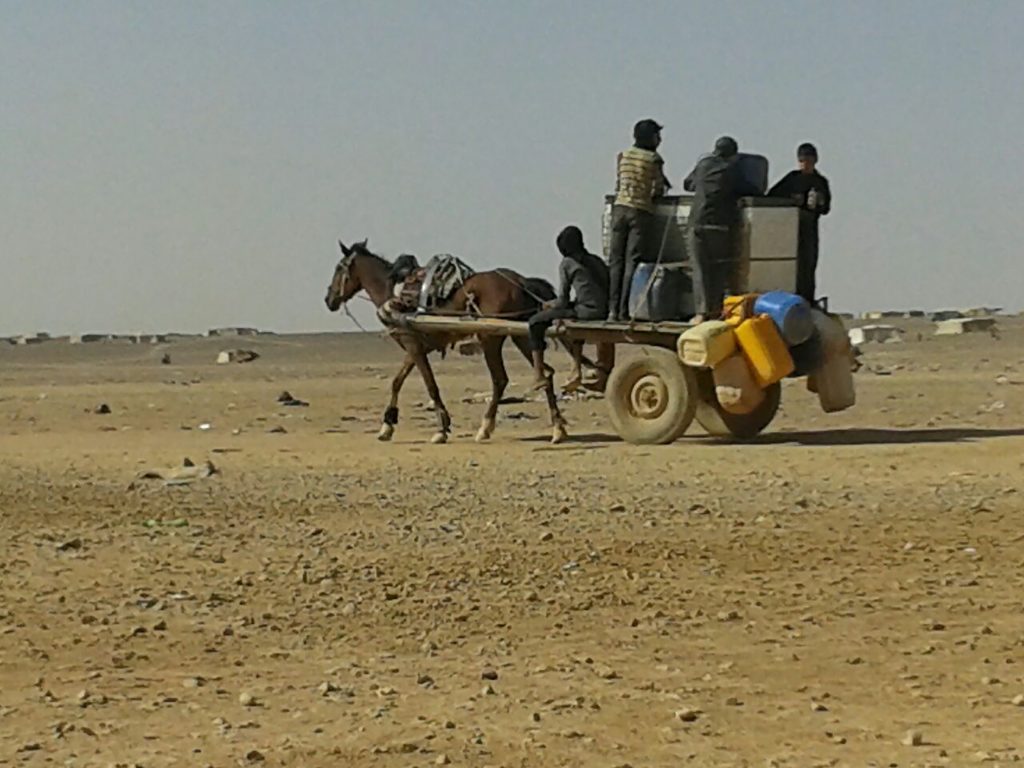 No food and little water have reached 64,000 Syrian refugees stuck in the desert since Jordan sealed its border last week in response to a suicide attack, aid officials said Sunday.

The World Food Programme understands Jordan’s security concerns, but hopes the border will reopen soon, said Abeer Etefa, a regional spokeswoman for the U.N. agency. An extended closure “could put the lives of stranded Syrians at risk,” she said.

The refugees live in tent camps along an earthen barrier, or berm, that roughly runs along the Syrian-Jordanian border. Many have camped in the area for months, depending on deliveries of food and water from Jordanian territory as they wait for admission to the kingdom.

Since closing the area last week, Jordan has signaled that a quick lifting of the closure appears unlikely. It has said international agencies must find alternative routes for getting the aid to refugees.

“It’s an international and a U.N. problem, and not a Jordanian one,” government spokesman Mohammed Momani said Sunday, referring to aid deliveries to the camps. “Jordan is willing to help, but the berm is closed.”

Jordan has suggested aid could be sent from Syria, where a civil war has been raging for more than five years.

Close to 5 million Syrians have fled their homeland since conflict erupted there in 2011. More than 650,000 have found refuge in Jordan, but the kingdom — along with Syria’s other overwhelmed neighbors —has increasingly restricted entry to the displaced.

The number of those stranded at the berm has grown four-fold in just six months as Syrians continue to flee fighting.

Jordan sealed the border last Tuesday, after a suicide attack launched from the area of one of the encampments killed seven Jordanian troops and wounded 13.

Since then, only two water shipments have reached the area, providing less than half the international daily consumption standard to refugees, said an aid official who spoke on condition of anonymity. On Saturday, Jordanian forces turned back a water shipment, he said.

Etefa said no food has reached the camps since the attack.

The WFP had been distributing two weeks’ worth of food at a time, including canned goods, fruits and vegetables. Another agency was handing out bread on a daily basis, she said.

Etafa said the last food distribution reached refugees a week before the closure. “With us unable to access the area, the food will probably not last a long time,” she said.