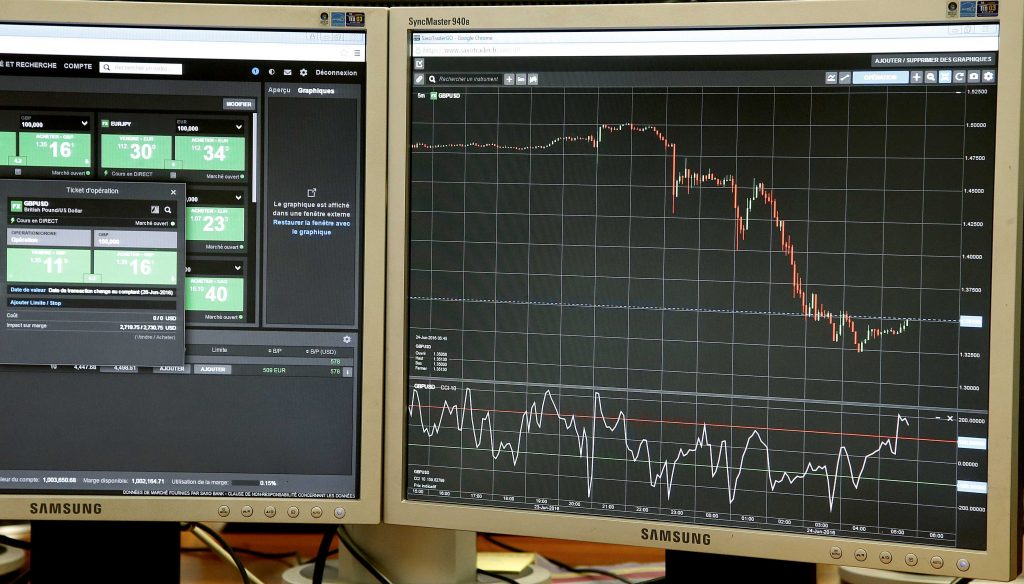 World financial markets were rocked Friday by Britain’s unprecedented vote to leave the European Union, with stock markets and oil prices crashing and the pound hitting its lowest level in three decades.

The uncharted, unexpected path of a European Union without Britain sparked the sell-offs, with more jitters expected as global markets try to digest the shock result.

Crude oil prices and U.S. futures also took a big hit. The British pound plummeted more than 10 percent in six hours while the yen surged about 3 percent to the U.S. dollar as investors seeking safety snapped up the Japanese currency.

“Financial markets throughout the night have been chaotic to say the least, and this may continue as the day progresses,” said Craig Erlam, senior market analyst at Oanda in London. “All eyes will now be on central banks around the world to see how they respond to these market developments, particularly the Bank of England and the Bank of Japan.”

On Thursday, Wall Street finished with rallies as pre-poll forecasts showed that Britain would keep the EU membership. Asian stock markets opened the day higher but the mood turned sour as results started to show that the “leave” vote would win. As the results increasingly pointed to the EU exit, investors dumped stocks and other risky assets.