National Obama to Voters: After the Supreme Court Ruling, Immigration Reform Is Up to You Now
National 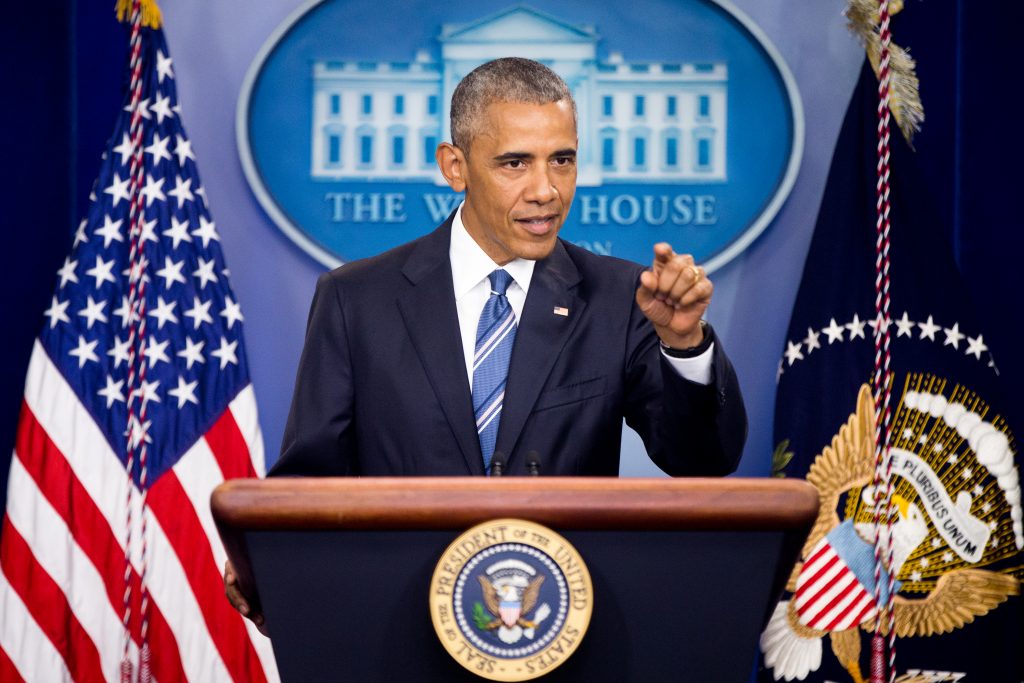 President Barack Obama mourned the defeat Thursday of his sweeping plan to offer deportation relief to millions of immigrants and tried to put the next steps in the hands of voters, casting the November election as a referendum on what’s widely considered to be a broken immigration system.

Speaking to reporters after a deadlocked Supreme Court affirmed a lower-court ruling to block his 2014 immigration moves, Obama expressed frustration with the legislative branch as well. He said that the United States needs a Congress that will both act on immigration policy and consider the president’s nominations of judges and justices charged with evaluating its constitutionality. He pressed voters to consider that this fall when electing lawmakers and his successor.

“We’re going to have to make a decision about whether we are a people who tolerate the hypocrisy of a system where the workers who pick our fruit or make our beds never have the chance to get right with the law, or whether we’re going to give them a chance, just like our forebears had a chance, to take responsibility and give their kids a better future,” Obama said from the White House briefing just hours after the Supreme Court ruling was announced.

He also pressed lawmakers to act on the nomination of Merrick Garland, his choice to fill the vacancy on the Supreme Court left by the death of Antonin Scalia. Republicans argue that the president has no mandate at this late stage of his second term to make such a consequential decision, another point of contention in Washington that Obama tried to remind voters of.

The court defeat reflects the risk Obama took in acting on his own, a path he chose after immigration reform stalled on Capitol Hill in 2013. Obama has embraced executive power in the final years of his presidency to accomplish his goals, but with it came the possibility that the courts could strike down his efforts as beyond the scope of existing law.

The Supreme Court deadlock leaves in place a lower-court decision that prevents Obama’s immigration plan from taking effect, denying temporary relief from deportation to more than 4 million immigrant parents of U.S. citizens under a program called Deferred Action for Parents of Americans, or DAPA. It was modeled on a 2012 program, Deferred Action for Childhood Arrivals, which offered similar relief to about 600,000 young people who had been brought into the United States illegally.

Obama had also directed Homeland Security and other agencies to focus deportation efforts on criminals, gang members and people who repeatedly cross the border, rather than those who had broken no laws besides living in the country illegally. After immigration reform stalled in Congress in 2013, Obama decided he would act unilaterally, a reversal of his long-standing conclusion that he did not have the power to do so.

His efforts were immediately challenged in a lawsuit by 26 states, most with Republican governors or legislative majorities. Obama’s programs were put on hold while the case made its way through the courts.

The Supreme Court deadlock reflects well-established ideological lines of the country, and it is certain to fuel a campaign conversation that breaks along the same boundaries.

Presumptive Democratic nominee Hillary Clinton called the court’s decision “purely procedural” and made clear that she believes that, as president, she would have the authority to try a similar approach.

There is “no doubt on the fact that DAPA and DACA are entirely within the president’s legal authority,” Clinton said in a statement, using shorthand for Obama’s immigration efforts. “As president, I will continue to defend DAPA and DACA, and do everything possible under the law to go further to protect families.”

Clinton also said that the 4–4 split among justices underscored the need to fill the current vacancy on the Supreme Court.

“Senate Republicans need to stop playing political games with our democracy and give Judge Merrick Garland a fair hearing and vote,” she said.